Blue Bell Ice Cream announced another big recall Wednesday due to new concerns about possible listeria contamination. The company announced on social media it will be voluntarily pulling all flavors with chocolate chip cookie dough ingredients from the shelves.

So far, no reports of new illnesses have been linked to Blue Bell, but the company says it is voluntarily recalling the select items in response to their supplier Aspen Hills Inc, which makes the chocolate chip cookie dough pieces for Blue Bell.

Out of an abundance of caution, we are issuing a voluntary recall on two ice cream flavors. https://t.co/KYfdTUWsPJ

According to a Blue Bell press release, the recall includes the following:

The iconic ice cream maker also listed the items included in the recall, which impacts several deliveries to Texas’ factory in Brenham, on it’s website.

“Consumption of this product may cause serious and sometimes fatal infections in young children and those with weekend immune systems,” a Blue Bell release said. “Although healthy individuals may suffer symptoms such as fever, headache, stiffness, nausea, abdominal pain and diarrhea.”

All this as the little creamery in Brenham was getting back on its feet again after last year’s federal recall over a listeria outbreak.

Three people died and at least 10 were hospitalized from the previous listeria contamination at Blue Bell. 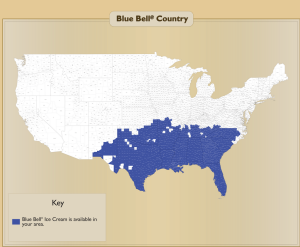 DSHS said the first shipment to the state will include 24,000 doses, which will be destined for the three large FEMA vaccination sites in Houston, Dallas and Arlington.

KITTY HAWK, N.C. (WAVY) - A Virginia man was fishing with his son and a few friends when he made the catch of a lifetime last Wednesday. He pulled in a monster bluefin off the coast of the Outer Banks in North Carolina, and they have amazing video footage to prove it.

"Any-fin" is possible -- that's what the father-son duo learned when they went on the water and made the catch of their lives.

AUSTIN (KXAN/Texas Tribune) -- The University of Texas' controversial alma mater song "The Eyes of Texas" once again sparked trouble last year -- after hundreds of high-profile University of Texas alumni and donors threatened to halt donations over what they considered "cancel culture" around increasing renouncing of the Confederate-era tune.

In emails obtained by The Texas Tribune, donors and alumni expressed their outrage to UT President Jay Hartzell after a 2020 game when then-Longhorns quarterback Sam Ehlinger stood alone on the field for the playing of the song, a post-game tradition.

What happens when a plumber leaves the sprinkler on for the coldest two weeks of the winter? He calls it art