(CNN) — The College Football Playoff National Championship game is coming up Monday. Other than being a mouthful to say — it needs something elegant, like Super Bowl — it should be a great game. Expect a clash, of both titans and colors, as the Alabama Crimson Tide and the Clemson Tigers vie for the title. Here’s everything, and we mean everything, you need to know about the game.

What time is it?

What channel is it on?

The game will be broadcast on ESPN, and if you don’t have cable, you can catch it on WatchESPN, the channel’s streaming service.

The game will be played at Raymond James Stadium in Tampa, Florida.

What team usually plays there?

The stadium is home to the NFL’s Tampa Bay Buccaneers, which explains the giant pirate ship in it.

The Alabama Crimson Tide (in crimson, obviously) will take on the Clemson Tigers (in orange).

What schools do they represent and where are they?

The University of Alabama is in Tuscaloosa, and Clemson University is in Clemson, South Carolina.

Do these teams have history?

Boy, do they ever. This game is a rematch of the 2016 College Football Playoff National Championship, which Alabama won 45-40.

Who are the quarterbacks?

Keep these names handy: The Alabama quarterback is Jalen Hurts, and Clemson’s is Deshaun Watson.

Who are the coaches?

According to Bleacher Report, Alabama is favored by six points (less than a touchdown), with the total point spread at 51. We told you this would be good.

How many championships has Alabama won?

How many championships has Clemson won?

Can I get tickets, and how much will they set me back?

It’s going to cost you — plenty: Tickets for the game start at $895 apiece on Stubhub.

The really baller sideline seats are going for as much as $50,000, which is about what it costs to get a four-year education at either Alabama or Clemson.

Everyone keeps talking about the SEC. I don’t know what that is and at this point, I’m too afraid to ask.

Division I FBS teams are divided into conferences. Think of them like leagues. Alabama belongs to the Southeastern Conference, or the SEC. It is the most powerful conference and one of the reasons it seems like everyone in the South is crazy about football.

Clemson is in the Atlantic Coast Conference, which is also pretty good.

Why is Alabama’s mascot an elephant if the team is called the Crimson Tide?

This is actually a great story, as related by Alabama’s athletics website. Basically during a much-hyped 1930 game between Alabama and Ole Miss, the Alabama team came out with such strength and force, fans yelled, “Hold your horses, the elephants are coming!” and the name “Red Elephants” stuck amongst sportswriters.

How do you pronounce Clemson head coach Dabo Swinney’s name?

It’s Dab-oh Swee-nee, as in “doing the dab.” Someone should call him “The Dab.” His real name is William Christopher Swinney.

Who is Lane Kiffin, and why does anyone care?

Kiffin was the offensive coordinator for Alabama and was slated to leave the school at the end of the season to coach another team. However, Saban, Alabama’s head coach and a god among football men, recently made the surprising announcement that Kiffin would not be sticking around to coach during the championship game. Drama ensued.

What should I yell out the car window if I want to proclaim my allegiance to one of these teams?

If you’re into Alabama, you only need to know two words: Roll Tide. This is suitable for any occasion, up to and including wills and marriage vows.

If you’re rooting for Clemson, a hearty “Go Tigers” will suffice.

What does the trophy look like, and is it better than the crystal football egg thing teams used to get?

It’s not better than the old trophy, which looked like it belonged in the throne room of Buckingham Palace. 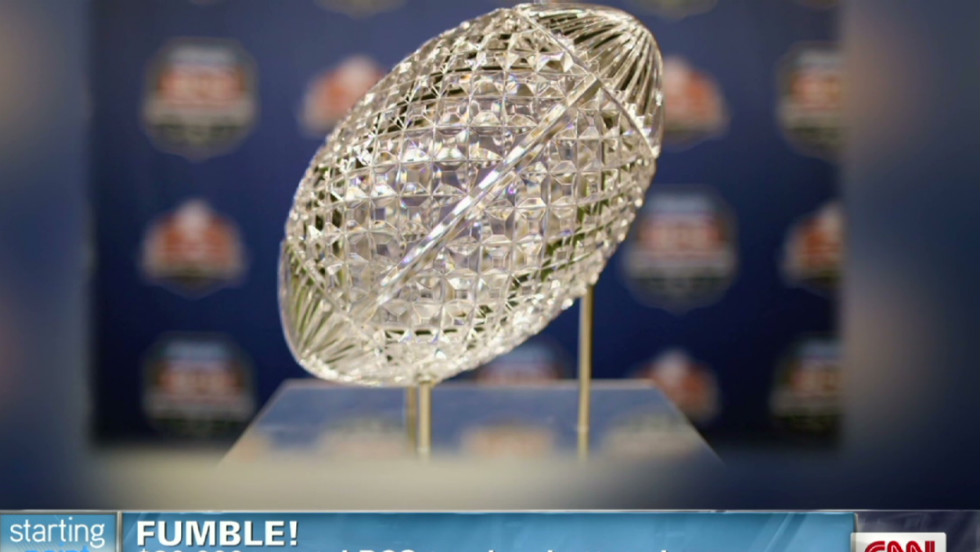 What are some other fun facts I can use to sound smart?

Clemson had an undefeated 2015 season going into last year’s championship game and then lost to Alabama. This year, it’s Alabama that’s been undefeated so far. Does that mean anything? Who knows?

This is also the first time two teams have met for a rematch of a Division I College Football Championship, made even more interesting (or boring, perhaps) because they just played each other last year!

Now you know everything there is to know about Monday night’s game. Enjoy.

The event, which will feature several changes from the first debate, began at 9 p.m. EDT at Belmont University.

HOUSTON (CW39) -- The new season of OWN's "Ready To Love" hits Houston and selects 20 locals to participate in the show that helps single people find the love of their lives. CW39's Shannon LaNier spoke with the host of the show, Nephew Tommy (Thomas Miles)....

HOUSTON (CW39)- About 71% of the Earth's surface is water-covered, however only a small portion of it is freshwater. Of all of the freshwater in the world, 92% of it is used for industrial purposes, leaving a limited supply for humans.

Water Lens is a real time water testing company based in Houston that was founded on the idea that if companies were able to test their water, treat it and reuse it, it would keep them from using the limited freshwater we have. This can be especially helpful for industries like oil and gas and farming.

Who won the Trump-Biden debate? 5 key moments from the final showdown

October 22 – HISD are all open