(CNN) — An escaped inmate in Texas is back behind bars, after authorities caught him running back to the prison with a duffel bag of alcohol, home-cooked food and tobacco.

Jefferson County Sheriff’s officers and US Marshals were tipped off that inmates were escaping the federal prison in Beaumont, Texas, and crossing onto a rancher’s land that backs up to the federal complex. The inmates would then pick up contraband that was dropped off for them and bring it back to the prison. 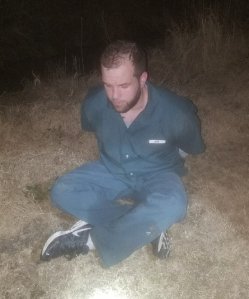 After authorities set up surveillance on Wednesday, they spotted a truck pulling onto the private property and dropping off a large bag. Shortly after, Joshua Hansen, an inmate serving time for narcotics charges, was seen running from prison grounds, grabbing the bag and making his way back when police arrested him.

Inside the duffel bag, police found three bottles of Brandy, one bottle of Whiskey, multiple bags of Buglar tobacco, prepackaged snacks and a large amount of home-cooked food, including BBQ sausage and fried chicken.

Hansen, 25, is charged with escape and possession of marijuana, according to the Jefferson County Sheriff’s Office. He is currently on a federal hold. 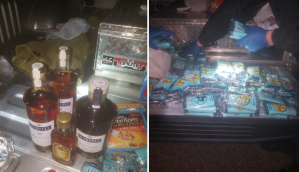 HOUSTON (CW39) -- A lot of people tend to get nervous when a tractor trailer is next to them on the highway. With more than 26,000 semi accidents in Texas last year, there is good reason to be concerned. However, CW39's Shannon LaNier has these tips from TxDOT to keep us all safer.

HOUSTON (CW39) Houstonian who are still in need of water can head down to a water distribution event at The Holy Name Catholic Church, Friday, March 5 at 10:30 a.m. Congresswoman Sheila Jackson-Lee along with Father Anil Thomas will be on hand to help hand out water.

Check out the flyer posted below with all the details.

Sexual predator in Katy area on the loose, accused of assaulting 9-yr-old girl

Can you spread coronavirus after getting the COVID-19 vaccine?