UPDATE: According to the Galveston Daily News, Washington was capture last night on the Bolivar Peninsula.

GALVESTON – A manhunt for an escaped inmate from the Galveston County jail is underway. Alex Washington, 38, was in jail on charges of bank robbery and felony weapons possession. Galveston County Sheriff Henry Trochesset said Washington swapped identities with another inmate and was released on a fraudulent bonding. 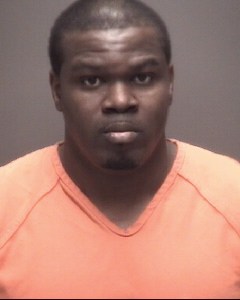 Washington’s reported partner in the release was in jail on a $100,000 bond.  Sheriff Trochesset said Washington’s friends came to get him and he was released under the false identity.

Washington is considered dangerous. If you know anything about him or have seen him, you’re advised to call either 911 or Crimestoppers if you wish to remain anonymous.

Is the Fleur-de-lis branded with a racial past?