JERUSALEM (CNN) — In Jerusalem’s largest cemetery the deceased have a need that the living cannot fulfill: more space.

The Givat Shaul cemetery, which sprawls across a hilltop on the northwestern edge of the city, contains more than 200,000 burial spots, and nearly every one is full, marked with a carved headstone and adorned with flowers and memorial candles.

Burial spots cover nearly every acre of the cemetery, separated only by access roads and walkways. The graves form a neatly organized pattern across the entire area. 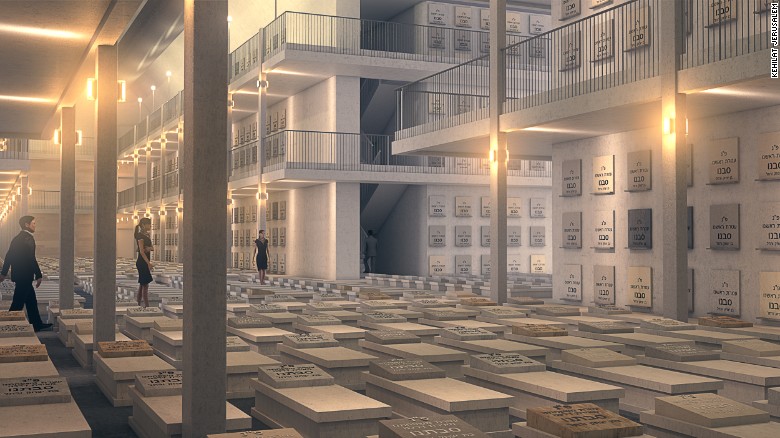 Terracing the cemetery was the first way to create more space, with three-story structures dramatically increasing the available area. But even those spots are nearly full, since demand for burial in Jerusalem is so high.

Jewish prophecy says the dead will rise from their graves after the coming of the Messiah, and those closest to Jerusalem will be resurrected first.

“Your dead will live; their corpses will rise. You who lie in the dust, awake and shout for joy, for your dew is as the dew of the dawn, and the earth will give birth to the departed spirits,” reads Isaiah 26:19.

The solution is to go deep — and not just six feet under.

Underneath the Givat Shaul cemetery, inside the core of the mountain known as the Mount of the Resting, tunneling teams are drilling out extensive caverns stretching 150 feet (45 meters) underground. The end result will be a massive subterranean cemetery with space for 22,000 burial spots. 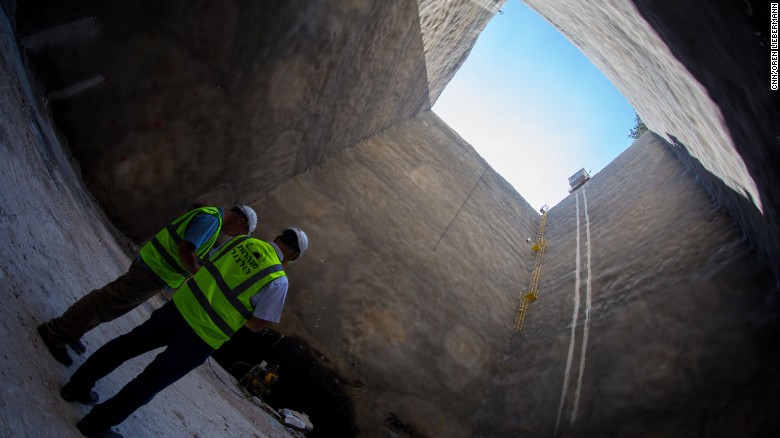 It’s an underground city of graves.

“My friends call it the mall because it looks like a mall in the (artist’s) illustrations and it’s going to be covered with nice rock — but yes, it’s a burial spot,” said Arik Glazer, General Manager of Rolzur Tunneling.

People have been buried in underground caverns for centuries.

The Catacombs in Paris and Rome are but two examples of these internments. The difference with the new Jerusalem complex is the scale of the project, which will cost more than $50 million and feature almost a dozen tunnels, each full of burial spaces. 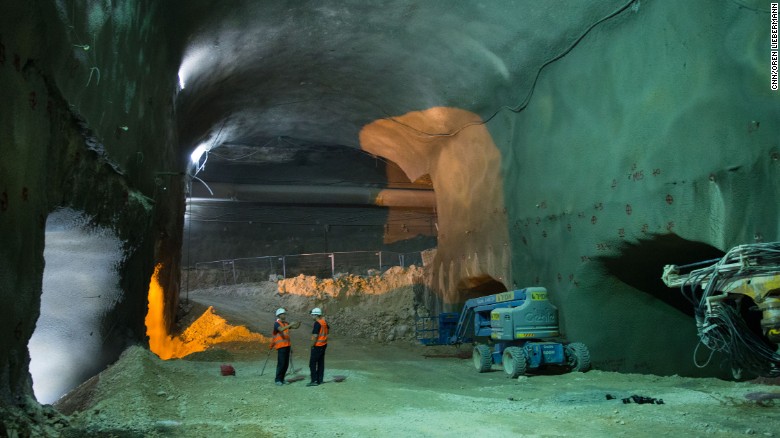 “The unique thing is that these graves are going to be the most similar to the graves that were in biblical times, meaning the bodies were actually put on the stone, on the rock itself,” said Glazer.

In biblical times, tombs were cut directly into the rock and the dead were laid on natural stone platforms. Such tombs are mentioned in the Gospel of Matthew and the Book of Judges among other places. Abraham, Isaac, and the biblical patriarchs and matriarchs were buried underground in the Cave of the Patriarchs, according to the Book of Genesis — also known as the Ibrahimi Mosque.

But today such burials are rare, replaced by coffins or artificial concrete burial places. Many avoid burial altogether, opting for cremation.

The underground cemetery will bring back the centuries-old method of burial, Glazer said. “We are retrieving an ancient tradition and using some modern technologies to do that.” 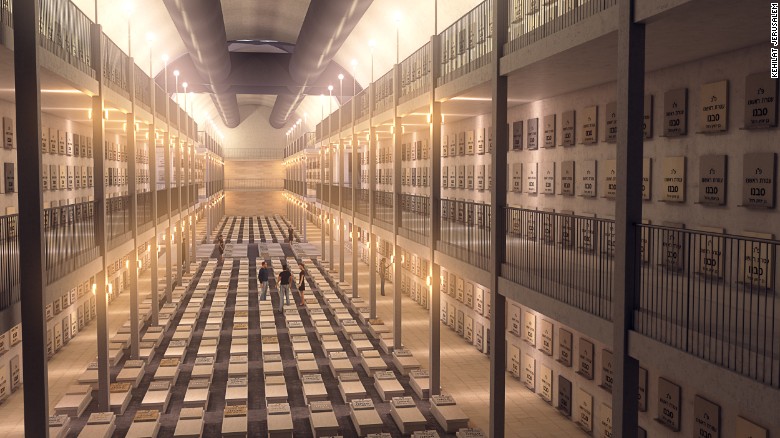 The project, which started last year, will take at least five more years to complete. But the first burials will take place in late-2017, Shachor said, when the first passages are completed.

Asked if people may have a psychological problem being buried underground, Shachor said he believes skeptics will overcome their doubts.

But Shachor knows that this underground site is a temporary solution to an eternal problem.

(KTVX) - We are less than a month away from gaining an hour of sleep as daylight saving time ends.

Daylight saving time started on Sunday, March 14, when we "sprung ahead" and lost an hour of sleep. Turning our clocks one hour ahead in spring is supposed to help us save energy and capitalize on the spring sunlight. When daylight saving starts, the sun rises and sets later.

The latest iSeeCars.com analysis found the fastest-selling new car during the month of September was the Subaru Crosstrek, which tops the list for the first time and moves up from the fourth position in August. The fastest-selling used car is the Tesla Model 3 for the third consecutive month, on a list that is led by alternative-fuel vehicles.