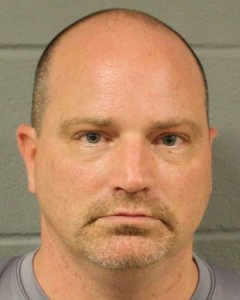 HARRIS COUNTY, Texas — An alleged child predator has been arrested and accused of using candy to lure a 7-year-old boy to his apartment over the weekend in the Willowbrook area, the Harris County Pct. 4 Constable’s Office confirmed.

Thomas Keck, 40, is charged with enticing a child with intentions to commit a felony. The suspect has since been released on bond, according to court documents.

Officers responded Saturday to the 14100 block of Champions Drive after a disturbance call.

Investigators said Keck approached the child at a playground and offered him candy in exchange for coming to his apartment. The suspect also reportedly showed the child an explicit picture on his cellphone and asked the child if he would like to perform the act shown in the photo. The child declined and then ran away from the suspect, deputies said.

Deputies identified Keck as the suspect. He was arrested and his phone was taken to be analyzed.

Keck was booked into the Harris County Jail where his bond was set at $25,000.