Breslin’s death was reported by his longtime employer, the New York Daily News.

The newspaperman’s physician, William Cole, told CNN that Breslin died at 8 a.m. because of complications from pneumonia.

“He was a force of nature,” Cole said.

His exact age could not be immediately confirmed; published reports put it at 86, 87 or 88 at the time of his death.

Throughout his decades-long career, Breslin penned articles for the News, the New York Post, Newsday, the New York Herald Tribune, and New York Journal American, along with the Daily News.

He won the Pulitzer Prize for Commentary in 1986 for columns “which consistently champion ordinary citizens.”

Breslin also famously penned an article in November 1963 for the New York Herald Tribune about one of the men responsible for preparing President Kennedy’s grave at Arlington National Cemetery.

During an interview with CNN in 2013, Breslin offered his thoughts on on his career.

“You can get some work, some jobs that will bore you until you’re dead,” he said. “So you better look for something that’s got a little tingle to it.” 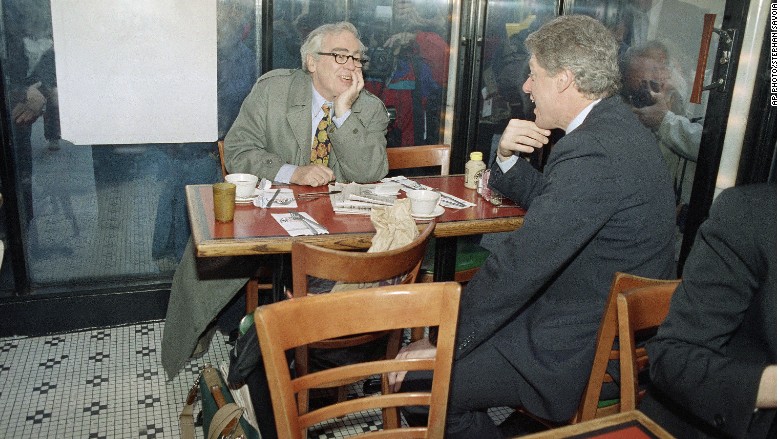