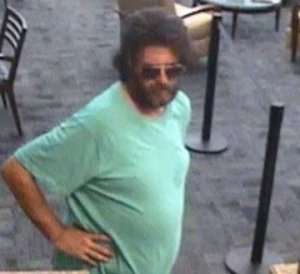 HOUSTON — Local FBI investigators need the public’s help identifying a man who many say looks an awful lot like Zack Galfianakis, an actor best known for his role as Alan in the “Hangover” movies.

In fact, this alleged bank robber has been dubbed the “Hangover Heister!” He accused of targeting, not one, but two financial institutions in west Houston on July 25.

FBI claims he hit the Capital One Bank at 1629 S. Voss at 3:10 and the Amegy Bank at 1075 Augusta less than an hour later. Each time, investigators said the man handed the teller a threatening note demanding cash. 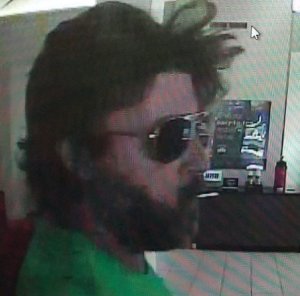 They believe he left the banks in a blue early 2000s model SUV, which may have be a Nissan Pathfinder or Isuzu Rodeo.

According to officials, the “Hangover Heister” is in his late 30s to early 40s with a full beard and long hair. Crime Stoppers of Houston is offering up to $5,000 for information leading to his arrest. If you know anything, pleas call 713-222-TIPS (8477).

GALVESTON (CW39) A Dense Fog Advisory is issued for Galveston where visibility is down to 1/3 of a mile. It's right along the coast and the bay.

That's going to the be story over the next few days down near the water. That sea fog will hover just about every day through Sunday.

(NEXSTAR) – Twitter outlined the Silicon Valley giant's possible future plans on Thursday, including one feature, Super Follows, that appears to have rubbed some people the wrong way.

Super Follow subscriptions would allow users to monetize their tweets, which, at least for the users who circulated #RIPTwitter after the announcement, it's clear that it wasn't high on their wishlist.

LOS ANGELES (AP) — Tiger Woods was moved Thursday to another Los Angeles hospital after undergoing surgery to his right leg after being badly injured in a car crash.

US carries out airstrikes against Iranian-backed militia facilities in Syria