ASHBURY PARK, NJ — A  sergeant with the Neptune Township police department is seeing how the other side lives after being arrested and charged with murder. Witnesses watched in horror as Sgt. Philip Seidle gunned down his ex-wife after running her off the road. He committed the murder all while the couple’s seven-year-old daughter was sitting in her father’s car. 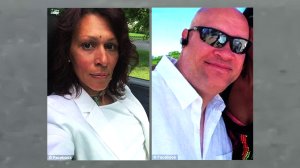 A batch of police officers just happen to be in the area, and pleaded with Seidle not to shoot after he raised the gun to his own head. After a 30-minute standoff they were about to talk him down and arrest him. Seidle and the victim, 51-year-old Tamara Seidle finalized a bitter divorce last month.

The couple shared nine children together ranging in ages from 7 to 24. Seidle, who used his department-issued gun to carry out the murder is being held on a two-million dollar bond.

(KTVX) - We are less than a month away from gaining an hour of sleep as daylight saving time ends.

Daylight saving time started on Sunday, March 14, when we "sprung ahead" and lost an hour of sleep. Turning our clocks one hour ahead in spring is supposed to help us save energy and capitalize on the spring sunlight. When daylight saving starts, the sun rises and sets later.

The latest iSeeCars.com analysis found the fastest-selling new car during the month of September was the Subaru Crosstrek, which tops the list for the first time and moves up from the fourth position in August. The fastest-selling used car is the Tesla Model 3 for the third consecutive month, on a list that is led by alternative-fuel vehicles.