Iraqis have been leaving in large numbers since last month’s start of the military operation to take back the western part of the city from ISIS.

Their ranks rose by more than 10,000 in the past two days, the government said.

The Iraqi government is providing relief and food. It can handle another 100,000 displaced people from western Mosul at refugee camps, Minister of Migration and Displacement Jassem Mohammad al-Jaff said Sunday.

On Friday, ministry figures showed 46,000 people had left since the fighting began February 19.

Since Mosul’s capture by ISIS fighters in June 2014, Mosul has been a vital stronghold for ISIS.

The largest city under the terror group’s control in Iraq and Syria, it was the city from which the group first declared the establishment of its so-called caliphate. 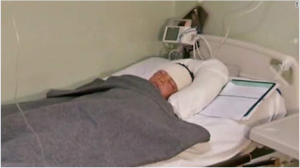