HOUSTON — Antonio Armstrong Jr., the Bellaire teen accused of killing his parents in 2016, is scheduled to go to trail Tuesday for capital murder charges.

Law enforcement believes the defendant, who was 16 years old at the time, shot and killed his parents, Antonio and Dawn, as they slept in their Bellaire home.

The teenager said he didn’t do it and a masked intruder is responsible for the killings. 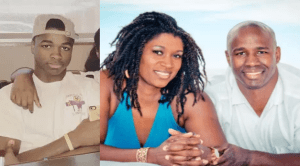 The late couple was well-known in the community. Antonio played football for Texas A&M and played for a few years in the NFL. He was an associate pastor and they owned a couple of gyms in the Houston area.

In July 2018, Armstrong’s lawyer tried to get the case dismissed because they believed they lost the opportunity to investigate case evidence in a timely manner.

It was in 2016, when a woman named Maxine Adams told police she had knowledge of Antonio Armstrong Sr. being involved in a prostitution ring and they he had been receiving death threats.

CW39 has been covering this story since the murders happened; this is what the younger Armstrong’s lawyer had to say about all of the allegations in July of 2018.

“We lost an opportunity to cross examine witnesses at a hearing. There is nothing more fundamental in the American justice than that,” Rick Detoto said. “She told the Houston Police Department in December of 2016 that there was death threats made against Antonio Armstrong Sr. That she had knowledge of him changing his life insurance policy based on these death threats.”

Officials are still awaiting results for tests from 15 students in Cherokee County, GA. Some parents are refusing to send them back to school as a result. If their tests return positive, the number of people under quarantine would rise dramatically.

More than 900 students in the district are already quarantined, only a week after classes started. What are your thoughts about kids heading back to school? Share your thoughts in the comments. More at CW39.com

Finding a new job has never been easy – now, in the age of COVID-19, job seekers have to navigate new tools, such as Zoom to impress their prospective bosses. Here are ten tips to help you nail your next virtual job interview:

Practice using Zoom – There are always going to be some aspects of a job interview that can't foreseen, but knowing how to use Zoom shouldn't be one of them. Find a friend or family member and set up a mock interview to make sure you know how everything works before it counts.