HOUSTON — An execution date has been set for a Houston man who raped and murdered multiple women, according to the Harris County District Attorney’s Office.

In May 1979, Danny Bible, 66, brutally raped and stabbed a Houston woman named Inez Deaton to death with an ice pick, authorities said. He is scheduled to be executed June 27, officials said Monday.

A judge signed the execution order requested by prosecutors and issued a death warrant to be delivered to the Texas Department of Criminal Justice.

At the time of her murder, Deaton, 20, was married and the mother of a 2-year-old girl. The victim was also best friends with Bible’s cousin.

Bible was also allegedly responsible for the 1983 rape and murder of Pam Hudgins and the double murder of Tracy Powers and her 4-month-old son, Justin. 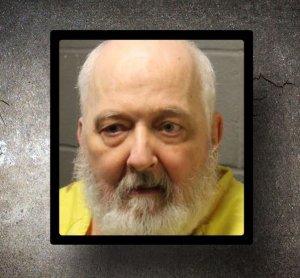 The suspect was caught and pleaded guilty to murdering Hudgins, and was sentenced to 25 years in prison. He was paroled in February 1992, and following his release, raped five young family members.

He was captured again in 1998 after the brutal attack and rape of another victim in Louisiana. During the interrogation for the incident, authorities say he confessed to Deaton’s murder nearly two decades earlier.

A Harris County jury convicted Bible of capital murder in 2003 and sentenced him to death.

“Some criminals’ actions are so heinous, they earn the label ‘worst of the worst,’” Harris County District Attorney Kim Ogg said. “The jury who listened to the facts and saw the evidence of the crimes Danny Bible committed clearly reached that conclusion by sentencing him to death.”

It’s not too late to get your flu shot

Man shot to death after a fight

Man shot to death in front of home

Gift guides, working off the holiday pounds, and …

Tanks for Watching Word of the Day for Dec. 9

Those with underlying medical conditions, it’s not …

It’s not too late to get your flu shot

Stiff-person syndrome: ‘Life will never be the same’

Man shot to death after a fight

Man shot to death in front of home

Gift guides, working off the holiday pounds, and …

Tanks for Watching Word of the Day for Dec. 9

Those with underlying medical conditions, it’s not …

Swapping out spotty rain for storms this weekend

Man found shot to death on street in Fifth Ward, …

Man who beat wife to death gets 55 years in prison

More details emerge in murder-suicide in front of …

Swapping out spotty rain for storms this weekend

Warm stretch for now | See when we drop 30 degrees

Should you keep fallen leaves in your yard?

Record heat with highs in the 80s | When we expect …

Best gifts for the kitchen today under $100