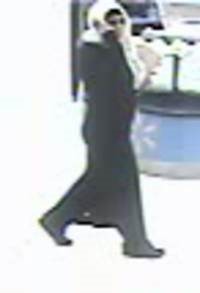 Witnesses described the bank robber as a woman, but the FBI believe the suspect could be a man. The suspect wore a large white scarf with brown and gold details around her head, a long black dress, and red and gold sunglasses.

According to FBI Violent Crime Task Force, the alleged robber approached the count and gave the teller a threatening out demanding cash. The teller, in fear for her life and personal safety, gave the suspect an undisclosed amount of cash.

Investigators said the suspect then left the store in a small, white car of unknown make and model.

Crime Stoppers of Houston is offering up to $5,000 for information leading to the identification and arrest of this bank robber. If you have any information, please call the Crime Stoppers tip line at 713-222-TIPS (8477) or the FBI Houston Field Office at (713) 693-5000. 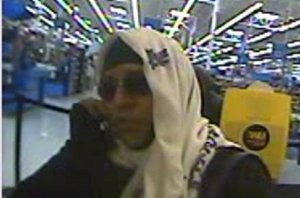 They're teaming up to provide new school supplies to local children in need. Walmart and the Salvation Army's "Stuff The Bus" campaign starts today through Sunday at Walmart supercenters in Galveston, Kemah and League City.

After shoppers purchase school supplies in Walmart, they can drop off the items in Salvation Army's collection bins in front of the stores.

The Houston Fire Department shared this video on Twitter, showing family and friends surrounding the fire department to pray for Captain Tommy Searcy.

He tested positive for COVID-19 nearly a week ago. According to a HFD Facebook post, Searcy's oxygen consumption was 95%, which is good.