PASADENA, Texas — The Harris County Sheriff’s Office is investigating a tragic accident Wednesday night at the Washburn Tunnel in Pasadena.

The victim, 29, and a teen passenger, 14, were headed southbound on Federal Road when their pickup truck entered the underwater tunnel around 10 p.m. Investigators said the driver was speeding through the tunnel and struck a curb as he was coming out. He lost control of the vehicle, skidding sideways and rolling over several times before coming to a rest upside down.

According to deputies, the driver was partially ejected from the vehicle and pinned under the truck. He was pronounced dead at the scene.

The teen was taken to the hospital in serious but stable condition, officers said.

Investigators believe the man and teen are close relatives.

The sheriff’s office is waiting for autopsy results, which will determine whether or not alcohol played a factor in the accident. 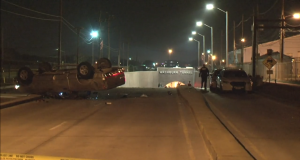 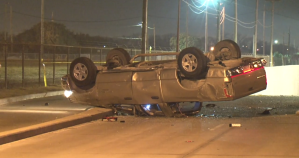 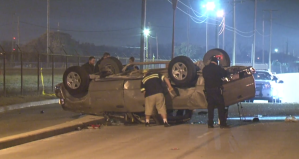 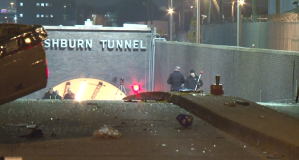 Former boxing champion Floyd Mayweather has offered to pay for George Floyd’s funeral and memorial services, and the family has accepted the offer.

Mayweather personally has been in touch with the family, according to Leonard Ellerbe, the CEO of Mayweather Promotions. He will handle costs for the funeral on June 9 in Floyd’s hometown of Houston, as well as other expenses.

This article has been updated to include comments from participants from the Tuesday afternoon press conference.

AUSTIN (Nexstar) — Hours before Governor Greg Abbott travels through her legislative district to meet with law enforcement and local elected officials, State Rep. Lorraine Birabil, D-Dallas, has urged him to call an emergency special session "to address the police violence against the black community."

At least 11 killed during US protests over the death of George Floyd, many of them black

Huntsville man is walking 1,000 miles to Minnesota and wants others to join him