HOUSTON — Houston firefighters responded to a burning home early Tuesday in near the Acres Homes area.

Fire trucks arrived in the 1100 block of Twin Falls Road at Deer Trail Drive around 12:15 a.m. Smoke and fire were coming from the front of the house when crews arrived. Firefighters made a fast attack and got the fire under control before it could spread throughout the house.

The residents— who’ve been identified as a woman and her two young teenage sons  — were out of the house when firefighters arrived. The homeowner was worried about her four dogs, who were all rescued. Investigators said one of the dogs suffered from smoke inhalation and died while paramedics were treating the animal with oxygen.

The cause of the fire is under investigation by the Houston Fire Department arson division.

The residents and remaining three dogs were uninjured. 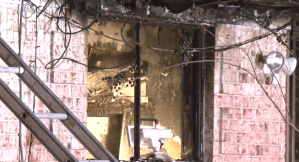 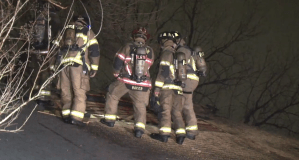 AAA Texas asking drivers to follow ‘move over or …

Big Game Bound | Adam and Hannah talk about the WILD …

Millions of Americans face coldest air of the season

Justices to hear challenge to race in college admissions

Donald Trump returning to Houston for another event

Bad Bunny is coming to Houston

Inside one of Houston’s most notorious apartment …

AAA Texas asking drivers to follow ‘move over or …

How does Carvana work?

Man mooned others, threw can on flight: court docs