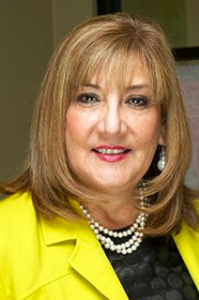 “Ms. Longoria has more than 25 years of experience in urban education and a proven record of turning around underperforming schools,” Lathan said. “I am confident that she will have a positive impact in helping to guide instruction across our district.”

Longoria has served as a teacher, counselor, assistant principal, dean, principal, and school support officer before serving in her current position leading the Office of School Choice. As a school support officer, she successfully turned around several schools that had not met state accountability standards for multiple years and oversaw their subsequent academic growth and progress.

“I feel honored to support Dr. Lathan in her vision to move the district forward,” said Longoria. “I’ve always been about academics and doing the necessary work to ensure all students have the opportunity to learn.”

Longoria began her career in HISD as the dean of instruction at Chavez High School, where she successfully led efforts to remove the school from AYP Stage IV. She was then named principal of Ortiz Middle School, which was in AYP Stage III and on state probation. Under her leadership, Ortiz became one of the top five schools in the district that increased student achievement for three consecutive years. She was selected as lead principal for two additional campuses and ensured both met state accountability standards.

Ms. Longoria graduated from Texas State University with a bachelor of arts and earned her master of education in guidance and counseling and mid-management from the University of Houston-Victoria/Sugar Land.

Less clear is how far the court might go in unwinding the legal regime that emerged from Roe v. Wade, which bars states from prohibiting abortion before a fetus is viable, typically around 24 weeks.

HOUSTON (KIAH) — Other than patchy dense fog in the morning, it has been an uneventful stretch of weather here in Southeast Texas. That will start to change over the next few days. As for this Thursday, the dense fog advisory ends at 9 a.m. The rest of the day will be partly to mostly cloudy with highs in the upper 70s.

More patchy dense fog is expected Friday morning, which will mark the 5th straight day with fog. New to the forecast: a few minor showers or drizzle may accompany that fog on Friday. There may also be one or two spotty showers during the day as a weak disturbance passes through our region.

OXFORD TOWNSHIP, Mich. (NewsNation Now) — A Michigan teenager has been charged with murder, terrorism and other charges for a shooting that killed four fellow students and injured others at Michigan's Oxford High School.

Charges against 15-year-old Ethan Crumbley were announced Wednesday, a few hours after authorities reported the death of a fourth teen from the school in southeastern Michigan. Crumbley is charged as an adult.