HOUSTON — It’s possible speeding cost a driver his life Tuesday night after police said the victim lost control of his vehicle in the Westchase District, the Houston Police Department. 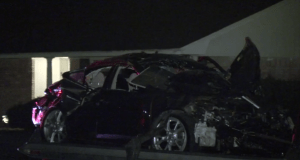 The driver and a passenger — both men — were headed eastbound on Richmond Avenue  at a high rate of speed around 7 p.m. Investigators said the vehicle either went over a hump in the intersection or struck the curb, causing the vehicle to slide sideways and slam into a light pole. The pole was knocked down, and the upside down vehicle continued to roll before crashing through a yard and stopping in front of a house near S. Gessner Road.

Police said the driver was ejected from the car during the accident.

The men were taken to the hospital, where the driver later passed away. The passenger is in stable condition, police said. 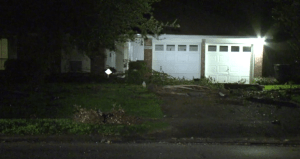 HOUSTON (CW39) -- 610 & 69 are two of the most congested roadways in all of Texas. To make matters worse, this week, if you have tried to take the 610/69 interchange near the Galleria area, you may have noticed more construction than usual overnight. Luckily some of it ended today. CW39’s Shannon LaNier spoke to Danny Perez at TxDot to find out more about the overall project.

HOUSTON (CW39) Is your business or place of worship prepared for when today isn't like yesterday? Are your employees trained in responding to a crisis situation? Do you create liability when your employees are not ready for a crisis?

Safe Secure Systems is here when you need us! We will reduce your liability exposure by training you and your employees how to respond to both natural and man-made crises.

According to HISD, Walker, a 1983 graduate of Westbury, says the high expectations of her former HISD teachers fueled her space ambitions.   “We are proud to know that Dr. Walker’s HISD education inspired her to become involved in the space program and then become an astronaut,” HISD Interim Superintendent Grenita Lathan said. “On Thursday, we will celebrate her promotion to Commander of the International Space Station. It is an honor that has been years in the making and is well deserved.”