Officers rushed to the scene in the 6800 block of Gessner Road after reports of the accident at around 9:20 a.m. Investigators said the blue dump truck was traveling northbound when the driver made an illegal right turn onto Bellaire Boulevard and struck an elderly woman using the street’s crosswalk.

The victim was pronounced dead at the scene. 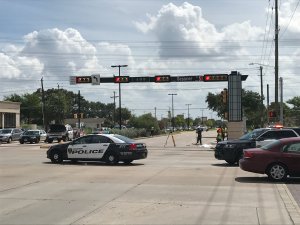 Police said the driver was unaware she had hit the victim, and continued driving for a short distance before being flagged down by a witness.

Officers said the driver of the truck was questioned and did not show signs of being under the influence. She was also cooperative with the investigation, police said.

No charges have been filed at this time, the police department said.