HOUSTON – A woman is in custody after stealing a cop car and leading police on a short chase during a DWI arrest in west Houston Tuesday night.

Police say the incident happened around 11:50 p.m. when an HPD DWI unit pulled over a suspected drunk driver on Memorial at West Loop.

Officers say they were conducting inventory on the suspect’s vehicle and in the process of completing paperwork when a woman who has been identified as Live God, 31, came from a nearby wooded area and jumped in the police car. 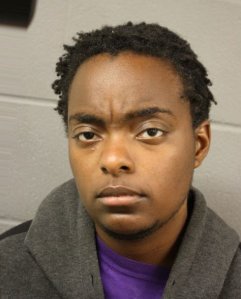 The woman took off with the suspect still in the back seat, according to HPD.

Officers were able to jump in another patrol car and chase the woman to Pine Hollow, where she eventually stopped.

Authorities say the woman was evaluated for a mental health crisis and has been charged with unauthorized use of a motor vehicle.

Police say the DWI suspect was unharmed during the incident, and more than likely unaware the car was stolen.

There’s no need to stand in line when traveling

What to know about the pause on student debt relief

Best Black Friday gifts and essentials to buy for …

FDA OKs most expensive drug yet at $3.5M per dose

Woman seeks $5M in suit over mac and cheese

Best Black Friday deals you might have missed that …

Hidden gems of Cyber Monday: the best discounts we …

How snowflakes form and why two never look the same

Officials want to bring grizzlies back to this park

Democrats aim to keep spotlight on abortion as focus …

Get your 2023 season tickets for the Houston Astros

Exploring a memory: Designer re-creates a dress for …

EU, US edging toward trade spat when both want unity …

FDA OKs most expensive drug yet at $3.5M per dose

Best deals on popular gifts that will arrive in time …

How to wrap a present

Black Friday gifts and essentials to buy for yourself

Start your Cyber Monday shopping now with these early …