HOUSTON — Investigators are searching for a robbery suspect accused of shooting a 65-year-old man to death outside a convenience store in north Houston, according to the police department.

Gerardo Lopez was walking home in the 300 block of Cavalcade Street Feb. 28 when the suspect confronted him, police said. The suspect is accused of shooting Lopez several times before stealing the victim’s belongings.

Investigators said Lopez was found by his neighbors with his pockets turned inside out.

Moments later, another resident gunshots and chased after the suspect. The gunman allegedly turned his gun on the resident and attempted to rob him as well. Police said the suspect pulled the trigger, but fortunately the gun did not discharge. The suspect then ran away on foot in an unknown direction of travel. 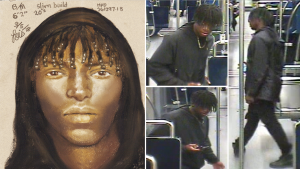 According to detectives, the suspect is in his early 20s and around 6 feet tall. He has short dread locks or twists with dark beads and was wearing a black hoodie and dark pants.

Crime Stoppers will pay up to $5,000 for information leading to the charging and/or arrest of the suspect in this case. Information may be reported by calling 713-222-TIPS (8477), submitted online at www.crime-stoppers.org or through the Crime Stoppers mobile app. All tipsters remain anonymous.

Think you're putting in enough effort when it comes to home schooling? One local teacher offers tips to make life a little easier for parents.

Morning Does's Trey Serna talks with a local elementary teacher who offers tips for parents playing the role of parent and teacher.

While many American family are stuck at home, parents included, homeschooling and child care may be not big deal. They're home.

With schools closed because of COVID-19, instruction has now moved online. That means that some parents are also having to step up in a big way when it comes to teaching their children at home. While it might be easy for some, others may be having a hard time getting adjusted.

Leigha Bishop-Gaston, a pre-k teacher at Fort Bend ISD's Lakeview Elementary, broke down some tips for parents who have elementary-aged students.

A tiger tested positive for COVID-19, but what about pets? The USDA answers your questions

Grocery workers are key during the virus – and they are afraid

Mild temps with showers this week

Meaning behind 'The Butterfly Project' at Holocaust Museum Houston