GALVESTON, Texas— The Galveston Police Department announced during a press conference Wednesday that an arrest has been made in the case of “Little Jacob,” whose body was found on a Galveston beach almost eight months ago.

The police have identified the boy as Jayden Alexander Lopez.

“There was no family, no friends no outcry to claim this little boy,” said Police Chief Vernon Hale.

After two months of searching for answers, the department released a sketch in hopes of identifying the child.

“Even with hundreds of tips coming in we made no progress,” said Hale. “That’s when we decided to release a crime scene photo.

Releasing the photo was very controversial, but after much debate, Hale said he decided to release it on Jan. 30.

Hale told reporters that the tips started to flood in once the photo was released and two of those tips led them to a little boy from Houston named Jayden.

“Because of the public involvement we followed up on new leads and found that this baby was under the care of his mother and her girlfriend at the time,” said Hale.

Investigators attempted to meet with Jayden’s mother, Rebecca Rivera, and her girlfriend, Dania Amezquita Gomez, on Apr. 5, to determine if “Little Jacob” and Jayden were the same child. According to, Galveston County Sherriff’s Lieutenant Tommy Hansen, when he arrived at the apartment Rivera would not open the door and fled the home through a second-floor bedroom window.

On Apr. 10, deputies received a tip that led them to another apartment where Rivera and Gomez were staying. This time Rivera spoke to Hansen and informed him that her son Jayden had been kidnapped. Gomez originally corroborated Rivera’s story about the kidnapping, but later told FBI Agent Ricardo Martinez that Jayden had been missing for 6 months.

Due to the conflicting stories, the department conducted a DNA comparison between Rivera and the body of “Little Jacob” who was positively identified as 4-year-old Jayden Lopez.

Further investigation revealed that an Isuzu Rodeo truck matching the same license plates as the one owned by Rivera, was seen on camera exiting a Galveston toll booth on Oct. 19, 2017 at 4:35 p.m.

Investigators provided Gomez with the new details during a meeting at an ICE detention facility where she was being held on unrelated charges. During the meeting, Gomez confessed to Martinez that she arrived at an apartment on Bissonett after a night of drinking to meet with Rivera and Jayden was already dead.

According to court documents, during the interview, Gomez was very evasive with her answers and repeatedly advised investigators that she did not remember because she was drunk. When asked about Jayden’s death she said that Rivera knows and didn’t tell her.

Rivera confessed to officers on June 19, after a search warrant was issued for her arrest. 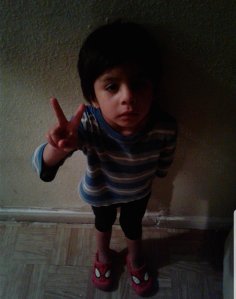 Gomez has been charged with tampering with or fabricating critical evidence. Her bond is set at $100,000.

Rivera is charged with tampering with physical evidence, which is a felony two offense. Her bond is set at $200,000.

Rivera’s 3-year-old child was also at the home at the time of the arrest. He has been removed and placed with a third party, investigators said.

Acting NASA Administrator Steve Jurczyk will lead the naming ceremony in Washington Friday at around 1 p.m. EST. Members of Jackson's family will be present.

Biden and first lady Jill Biden will depart Washington early Friday to spend the day in Houston. It's the president's first official trip to a major disaster site since taking office over a month ago.