(CNN) — At least 19 people were killed when a double-decker bus crashed Saturday in the Tai Po area of Hong Kong, a spokeswoman for the Hong Kong police told CNN.

Dozens were injured in the wreck, police spokeswoman said.

Images from the scene showed the passenger bus lying in its side. The top of the bus appeared to have been torn off, local media reported. 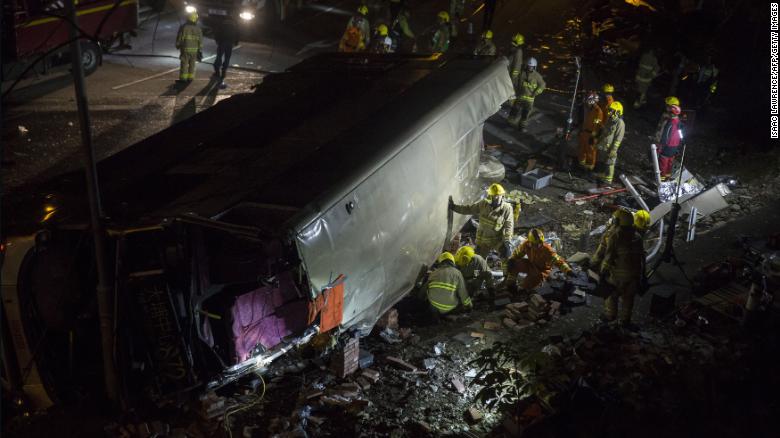 At least 17 men and two women were among those killed, the spokeswoman said.

Tai Po is in Hong Kong’s New Territories on the mainland.

The bus crash happened near a large horse racecourse where special arrangements had been made due to expected heavy traffic.

HENRICO COUNTY, Va. (WJW) — Residents at a senior living community in Tuckahoe, Virginia, joined from their balconies, windows and socially distanced around campus Friday to sing "God Bless America" together.

According to the retirement community, this was an attempt to show support for one another while self-isolating due to the coronavirus outbreak.

COLUMBUS, Ohio (WJW) -- The U.S. Food and Drug Administration has authorized an Ohio company to sterilize thousands of respirator masks for health care workers on the front lines of the coronavirus pandemic.

Battelle, a private non-profit research institute, had previously received partial approval by the FDA, which limited how many masks they could clean each day. That decision didn't sit well with Ohio Governor Mike DeWine. He asked the FDA to reconsider and sought support from President Donald Trump.

(CNN) -- Nothing beats the company of man's best friend as you self-isolate during the coronavirus outbreak. But an ice-cold beer, free at that, comes in at a close second.

Now you can have both because Busch Beer is offering a three months' supply of its beer to 500 people who adopt or foster a dog from Midwest Animal Rescue in Minnesota.

A few showers to start off the week