(CNN) — With a price tag of $1 billion, the new US embassy in London is one of the most expensive buildings of its kind in the world. After US President Donald Trump said he was canceling his visit to London in part because of his proclaimed outrage over the cost, it is now one of the most notorious.

In a late-night tweet, Trump blamed the Obama administration for a “bad deal” to sell the previous location in the high-end Mayfair district in central London and move to a former industrial site south of the River Thames.

In fact, the decision to move out of the Grosvenor Square building was taken under the Bush administration in 2008, principally because the building was proving harder to secure in an age of terrorist threats — and also, in small part at least, because the US government did not wholly own it.

British property law historically allows the ground underneath buildings to be held by people and entities other than the owners of the bricks and mortar above. In this case, the land is owned by the Duke of Westminster, whose property empire controls much of the land in central London, and is leased back to the US at a nominal — or “peppercorn” — rent.

“In the end, we realized that the goal of a modern, secure and environmentally sustainable embassy could best be met by constructing a new facility,” former US ambassador Robert Tuttle said of the decision to move. 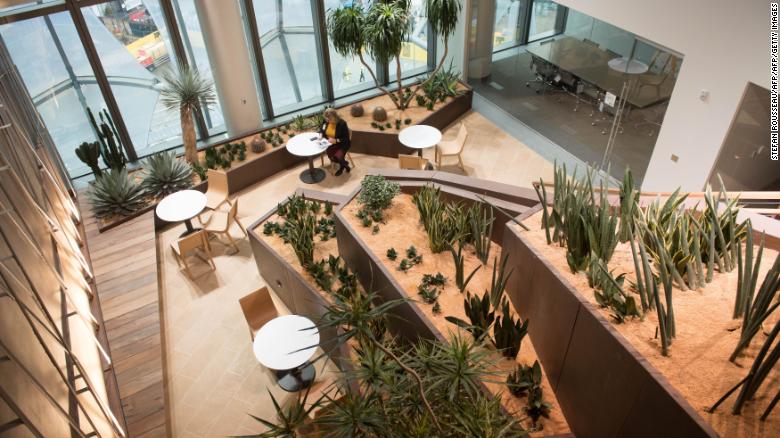 The new site, a 12-story glass cube, designed by Philadelphia architecture firm KieranTimberlake and replete with moat and gardens, will open its doors to the public on January 16. It will house around 800 staff and is expected to receive 1,000 visitors daily.

The billion-dollar building was paid for by selling other US government properties in London. Some members of the US Congress criticizing the hefty price tag.

At a hearing in 2015, Rep. Jason Chaffetz, a Utah Republican and chairman of the House oversight committee, slammed the administration’s construction process as mismanaged, resulting in a building with an “opulent-looking” glass facade that favored aesthetics over security.

However, architect James Timberlake told CNN the design met strict security requirements and the gleaming exterior was “one of the first glass embassies in the world,” which conveyed an “open and welcoming” atmosphere. 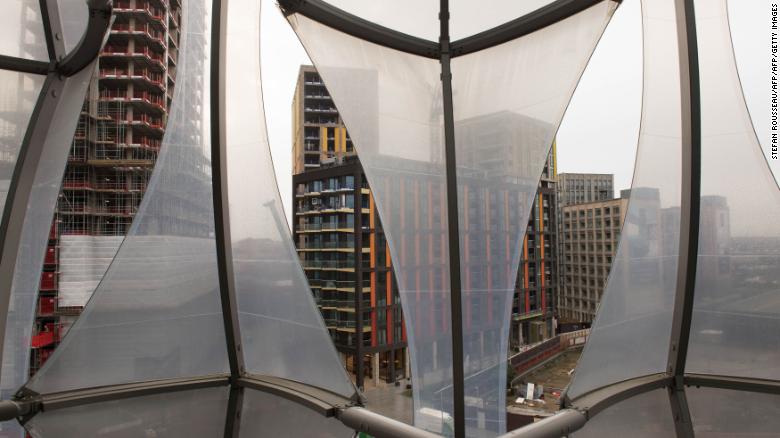 The embassy occupies an almost five-acre site in an area that has been a focus of regeneration. Security requirements are tight — it is set back 100 feet from the street and boasts a water feature as a security measure. It is often referred to as a moat — a term that US officials claim is technically inaccurate, as it does not surround the whole building.

Read more: The pressures of designing a world-class embassy 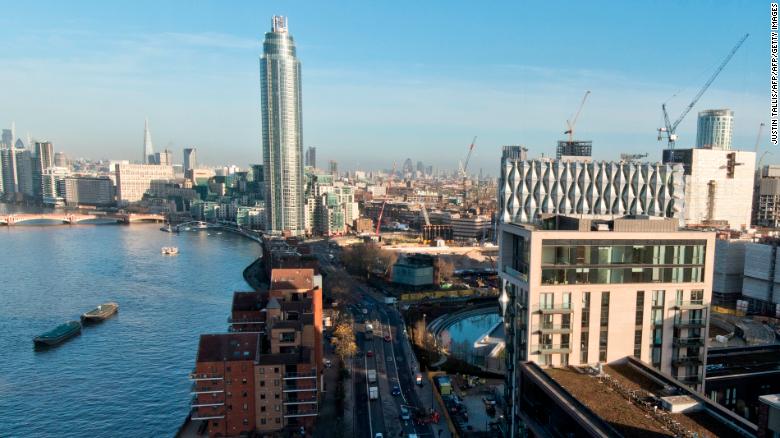 Inside the glass monolith, tiny stars adorn the windows and internal gardens feature everything from cacti to ferns, in an homage to America’s varied landscape.

Outside, the roof has been fitted with solar panels and a rainwater collection system for irrigation and flushing.

From concrete to glass

The new embassy is a world away from its current concrete home, designed by Finnish-American modernist architect Eero Saarinen.

The historic Mayfair site is now set to be converted into a luxury hotel by Qatari investors. 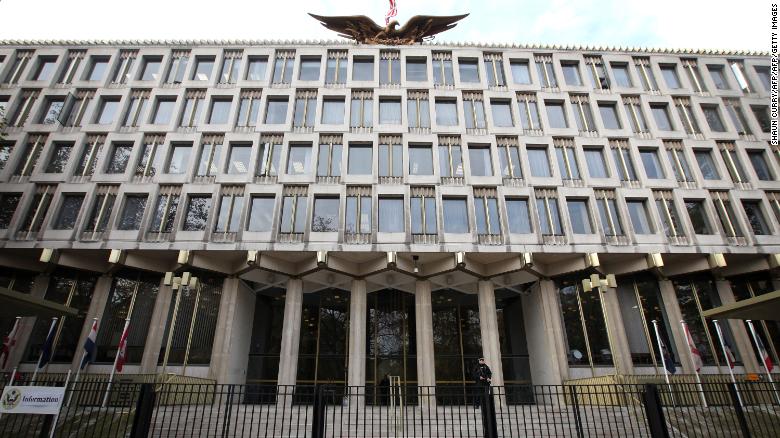 Officials have touted the new embassy as a celebration of the special relationship between the US and UK. In December, touring the new site, UK Foreign Secretary Boris Johnson boasted that Trump would like it. “We are looking forward to welcoming the president when he comes over here. I think he will be very impressed with this building and the people who occupy it,” he said.

Unfortunately for Johnson and the embassy staff, Trump doesn’t appear to see it in quite the same way.