BARCELONA, Spain -- Details of the victims of twin terror attacks in Spain are slowly emerging, with an American, three Italians and a Canadian among those identified as among the dead.

Citizens from at least 34 countries are among the 14 dead and more than 120 injured in the attacks in Barcelona and the coastal town of Cambrils, according to officials.

Jared Tucker of California was among the 13 people killed in Barcelona, his father Dan Tucker told CNN affiliate KGO. Jared, 43, was on a delayed honeymoon with his wife of one year. "We didn't find out until this morning that his wife, Heidi, was called into the consulate, and she was shown pictures of his body. And she confirmed it was him and now she's on the way over to the morgue to make a real confirmation," Tucker told KGO. "He didn't make it."

Tucker's father says he wants people to remember that everyone loved his son, who had a large circle of friends from his softball league and was just a "neat guy."

The two had worked together in construction since he was 16 years old.

"It's been bitter, but I don't know what my feelings are. I'm not angry so much as I just don't understand it. My wife's in shock," he said. Tucker said his daughter would fly to Barcelona to help make arrangements. 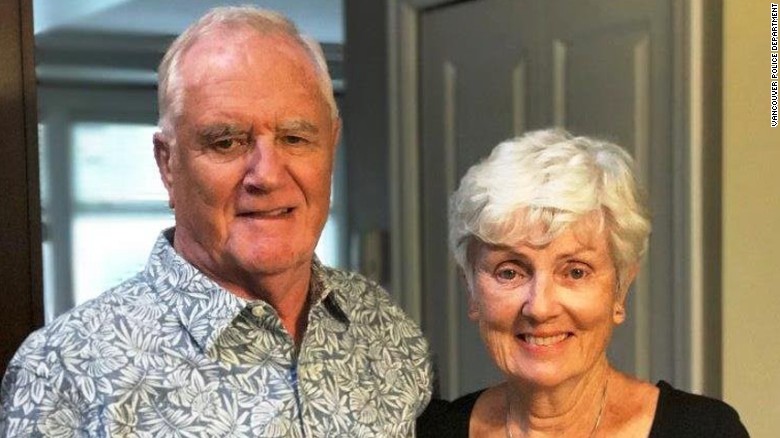 One Canadian was killed and four were hurt in the Barcelona attack, Canadian Prime Minister Justin Trudeau said in a statement Friday.

"We join Spain and countries around the world in grieving the senseless loss of so many innocent people," Trudeau said.

An officer with the Vancouver Police Department said her father, Ian Moore Wilson, died while traveling with his wife, who was injured in the attack.

Her parents had been together for 53 years, she said.

The identities of three of the injured victims have not been released.

Read more: Attackers were going to use explosive devices 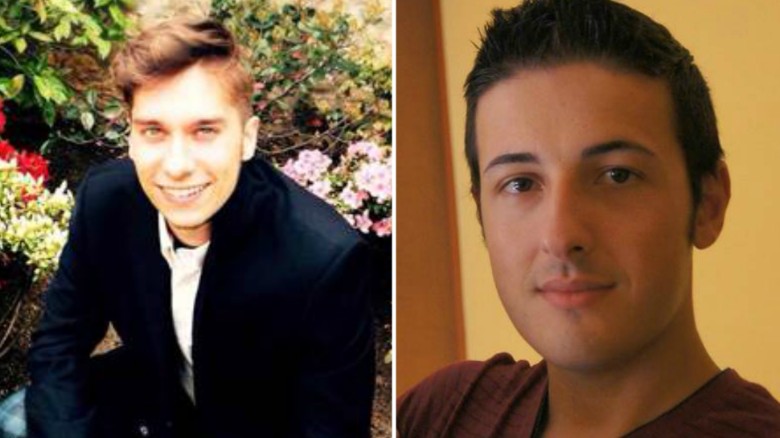 Bruno Gulotta, a father of two, 25-year-old Luca Russo and 80-year-old Carmen Lopardo were among the 13 killed after a vehicle mowed down crowds of people on Las Ramblas, a pedestrianized thoroughfare in the heart Barcelona.

"Italy will remember Bruno Gulotta and Luca Russo and expresses its solidarity with their families," Italian Prime MInister Paolo Gentiloni tweeted Friday. "Freedom will triumph over barbarism and terrorism."

Gulotta was on holiday with his partner Martina and two children, five-year-old son Alessandro and daughter Aria, who is a few months old, according to his employer.

"Yesterday afternoon in Barcelona the terrorists killed friend and colleague Bruno Gulotta," his employer, Tom's Hardware Italia, said in a statement Friday. "Today is a day of mourning."

Roberto Buonanno, the manager of Tom's Hardware Italia, said: "Little Alessandro ... is getting ready to start primary school knowing that his life and the life of his family will never be the same. And (our thoughts go to) little Aria, that (she) does not see the terrible scene in her eyes, but will never know her father."

Russo was an engineer on holiday with his 21-year-old girlfriend, Marta Scomazzon. The pair were both first aid assistance volunteers, and the Green Cross Civil Protection Association in the northern Italian town of Bassano told CNN that Scomazzon was among the 120 injured in Barcelona.

Lopardo was visiting Barcelona on holiday from Buenos Aires, where she had lived for the past 60 years ago while retaining her Italian citizenship, an Italian Foreign Ministry statement said.

A 74-year-old Portuguese woman and her granddaughter -- who had been reported missing -- have also been confirmed dead, Portuguese Prime Minister António Costa said. They have not yet been named.

A Belgian citizen has also been confirmed dead.

The emergency services in Catalonia said Friday that 24 doctors had worked through the night conducting autopsies.

One woman was killed in the attack in Cambrils, in which five attackers drove into a group of pedestrians before themselves being shot dead by police. Six more people were injured in the attack. 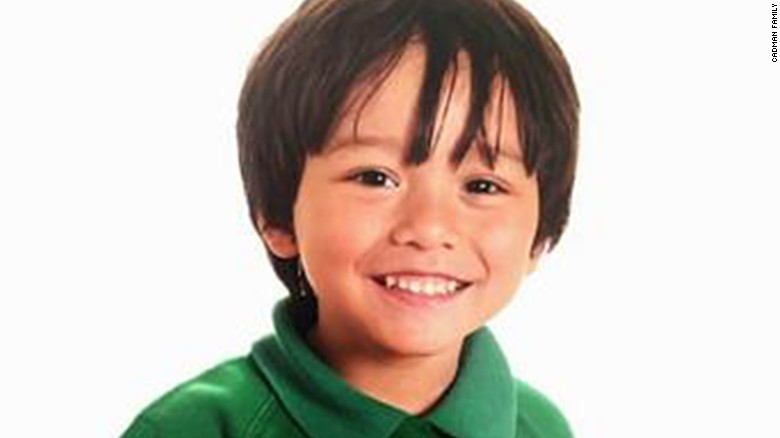 Family members of a 7-year-old Australian boy have reported him missing in the aftermath of the Barcelona terror attack, an advocacy association for missing children said Friday.

Julian Cadman was with his mother on Las Ramblas when the van plowed through the crowds, Francisco Jimenez, coordinator of SOS Desaparecidos, told CNN.

Julian's mother was injured in the attack and transported to a hospital where, before losing consciousness, she told hospital workers she had had her son with her, Jimenez said. 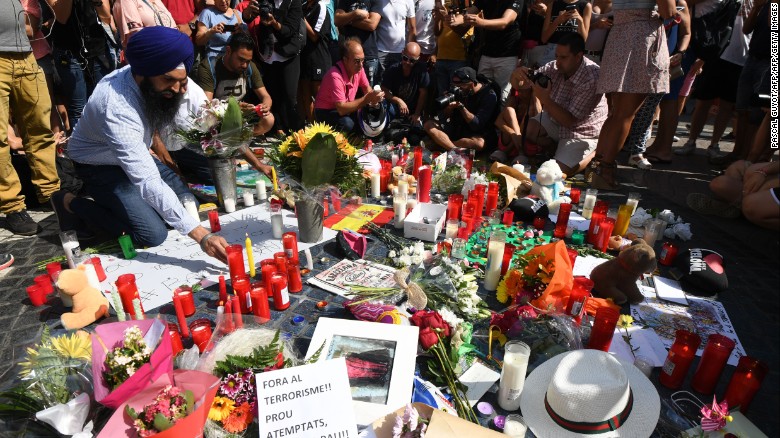 The boy's grandfather, who lives in Spain, reported the missing child to the association as well. It distributed a missing child alert because Julian's name does not currently appear on the lists of those injured or killed in the attack, Jimenez said.

The boy's father is en route from Australia to Spain, Jimenez said.

The Philippines government said Saturday that the missing 7-year-old was the son of a 43-year-old Filipino woman who had been living in Australia with her British husband for the past three or four years.

"She and her son were in Barcelona to attend the wedding of a cousin from the Philippines when the incident happened," Philippines foreign ministry official Sarah Arriola said.

Catalan police said Saturday that they had not found, nor were they looking for, any missing minors following the attack, but that they were still working to identify those injured and killed.

Thirty French citizens were wounded in the attacks, the French foreign ministry said Saturday. Among the 14 still hospitalized, 5 are in a serious condition.

Turkey's embassy in Madrid confirmed that a 33-year-old Turkish man was among those wounded in the Barcelona attack, but that his injuries were not thought to be life-threatening, Turkey's state-run Anadolu news agency reported Friday.

The Australian government has said four of its citizens were hurt -- two men have been discharged from hospital, while one woman was in a serious condition and another in a serious but stable condition.

Two people from Taiwan were severely injured and were undergoing emergency treatment, according to the China's Ministry of Foreign Affairs.

Four Irish citizens of Filipino descent were injured, said the Foreign Affairs office in the Philippines, while the Peruvian consul in Barcelona confirmed one of its citizens was injured but not seriously so.

Times are tough for many Houstonians who are unemployed and unable to pay bills. Rent is a huge factor for many who haven't been able to afford rent after being laid off or furloughed due to the pandemic.

The City of Houston has been working on the Rent Relief Program for local renters.

JOHANNESBURG (AP) — An outcry is rising in Somalia as parliament considers a bill that would allow child marriage once a girl’s sexual organs mature and would allow forced marriage as long as the family gives their consent.

The bill is a dramatic reworking of years of efforts by civil society to bring forward a proposed law to give more protections to women in one of the world’s most conservative countries.

ORIENTAL, N.C. (WNCT) -- People say dogs are a man's best friend. That is especially true for a man in Pamlico County, North Carolina.

Rudy Armstrong spends most of his time with his chihuahua, Bu-Bu, on his boat. One morning, Armstrong felt sick and told Bu-Bu to get help.