MANHATTAN — For years, we only had one photo of Chelsea Manning: that iconic black and white mugshot she sent to her therapist.

It was made public by the Army in 2013 and remained the only photo portraying her as a woman until her release from prison in 2017 — other photos were prohibited while she was in custody.

It’s strangely fitting, then, that 30 lifelike 3D portraits of her face now hang from a ceiling in the Fridman Gallery in Manhattan.

They are part of a project called “A Becoming Resemblance,” by Heather Dewey-Hagborg, who created them from computer-generated images made using Manning’s DNA.

“This is a sampling of thirty possible faces that could be produced algorithmically reading Chelsea’s DNA data,” said Dewey-Hagborg during the exhibition’s private view.

“They represent a wide range of the diversity that exists within Chelsea’s genome, a diversity in which that same DNA data can be read.” 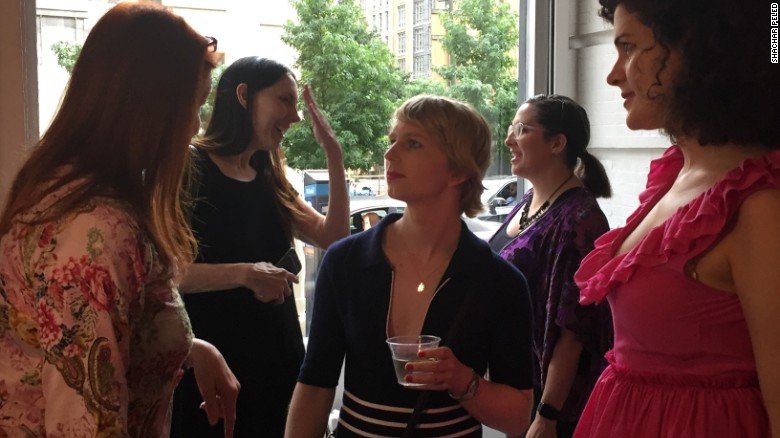 Manning spent seven years in prison for leaking government documents to WikiLeaks. During that time, she had gender transition surgery.

Originally sentenced to 35 years when she was still known as Bradley Manning, she was pardoned in January 2017 by then President Obama — on his third-to-last day in office — and then released on 17 May.

The DNA samples were recovered from cheek swabs and hair clippings that were part of a correspondence between Manning and Dewey-Hagborg.

It’s a similar process to Dewey-Hagborg’s groundbreaking 2012 project “Stranger Visions,” which used random bits of DNA found on cigarette butts and other litter to create portraits of strangers.

“In 2015 I received an email more or less out of the blue from Paper magazine. She couldn’t be visited and photographed at that time and so they reached out to Chelsea and asked if she’d be interested in having a DNA portrait made.”

A handful of letters were exchanged over the next two years through an intermediary.

“Chelsea was excited about the idea, but also concerned the she might appear too male in a portrait generated just based on her DNA,” said Dewey-Hagborg.

“I’m hoping that people will take away the idea that genetics is not destiny and a kind of push for self-determined identity and a push against efforts to inscribe identities into us, or for external forces to tell us who we are rather than listening to us say this is who I am.” 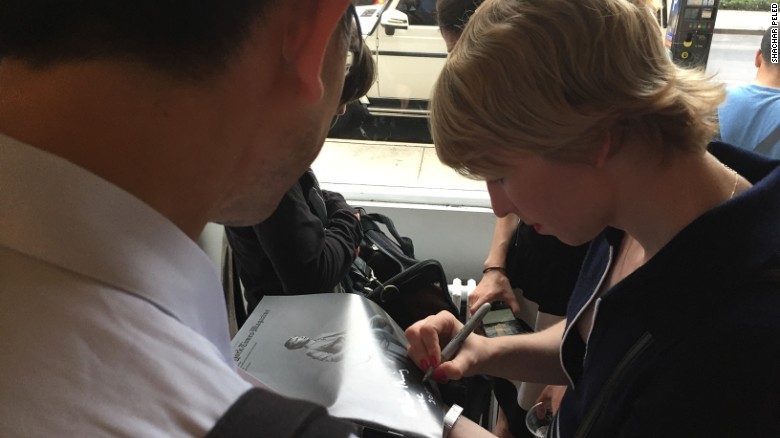 Ruddy Shrock, the curator of the exhibition, defined it as a “a poetic investigation Heather took into issues of identity and ownership of oneself.”

Around 250 people were in attendance at the opening. Manning arrived accompanied by friends and her agent, but declined to speak with the media.

She was followed around by the documentary team for “Chelsea XY,” which will be released at Sundance Film Festival in January 2018.

She did engage with fans and supporters and took photos with them.

“To have Chelsea out, in a dress, creating art, on this wonderful journey with other activists and people in the media, it’s really moving,” said Suzie Glbert, one of the attendees.

Jeff Seelbach, a fan of Chelsea and producer at the company funding her documentary, said: “The thing that fascinates me about it is the very unique and terrible situation she was in, that her identity and her ability to have an image and a representation was completely suppressed by the government and by our legal system.”

Artist Heather Dewey-Hagborg also got to meet Chelsea in person for the first time after their mail exchange.

“It was both totally amazing and then completely normal. I mean we had brunch, avocado toast, you know, your typical New York thing. But then it was also just completely stunning to see someone you’ve pictured in your head,” she noted.

“She’s [Chelsea] really excited about it, this is her kind of art debut.”

A look at the North Houston Highway Improvement Project