(CNN) — A Colorado man who pleaded for his family’s return before being charged with killing his daughters and pregnant wife will not face the death penalty. He could, however, spend the rest of his life behind bars after he is sentenced Monday.

Chris Watts, 33, pleaded guilty this month to first-degree murder and other charges in the deaths of 34-year-old Shanann Watts and their daughters, Bella, 4, and Celeste, 3.

His sentencing comes days after a woman he had been dating told The Denver Post that he lied to her about being near the end of divorce proceedings. She cooperated with police before his arrest, she told the newspaper. 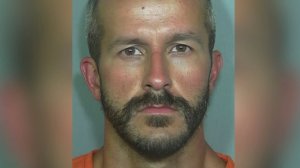 When Shanann Watts and the two girls went missing in mid-August, Chris Watts first told reporters they had gone to a friend’s house before later pleading for his family’s return in an interview with CNN affiliate KMGH.

“My kids are my life,” Watts said, standing on the front porch of their home in Frederick, about 30 miles north of Denver. “Those smiles light up my life.”

Watts told the station his wife came home from the airport about 2 a.m., and he left for work about 5:15 a.m. He said the two had an emotional but civil conversation before he left, but he didn’t elaborate.

Separately, he told law enforcement that on the morning of August 13, before leaving for work, he had informed his wife that he wanted a separation. They had not argued, but they were both upset and crying, he told police, according to an affidavit.

Brother: Shanann loved being a mother

Chris Watts claimed he had called and texted his wife about three times that morning with no reply, he told KMGH. He said he realized something was wrong when Shanann Watts’ friend arrived at the couple’s home around noon.

“She just got back from Arizona, and I figured she was just busy, but when her friend showed up, that’s when it just registered — like all right, this isn’t right,” Watts said.

Three days later, Shanann Watts’ body, 15 weeks pregnant with their third child, was found in a shallow grave. The bodies of Bella and Celeste were found in commercial oil tanks at a company where Watts had worked.

After authorities found the bodies, Chris Watts changed his story, telling police he had strangled Shanann Watts in a fit of rage after seeing his wife choking Celeste.

On November 6, Watts pleaded guilty to nine charges, including three counts of first-degree murder and unlawful termination of a pregnancy.

Authorities aren’t sure why he killed his family.

After the plea deal was announced, Weld County District Attorney Michael Rourke told reporters that authorities have a partial motive. He would offer more thoughts after Watts is sentenced, he said.

Other woman tells her side of story

According to an unsealed Weld County arrest affidavit, investigators say they discovered Watts was “actively involved” in an affair with a co-worker.

It’s not clear if that was Nichol Kessinger, 30, who told The Denver Post she met him while working for the environmental department of a petroleum contractor.

“We had just met,” Kessinger told the newspaper. “I barely knew him.”

He wasn’t wearing a wedding ring when they were introduced, and she thought he was attractive, soft-spoken and a good listener, she said. When they first met outside of work in late June, he told her he was in the final stages of a divorce. She never met any of his relatives or friends, Kessinger told The Post.

Watts sent her a text August 13 to say his family had disappeared, and she was confused about why the media was at his house.

“When I read the news, I found out he was still married and his wife was 15 weeks pregnant,” Kessinger told the newspaper.

She peppered him with questions via phone calls and text, she said, and he changed his story about the divorce, showed little emotion about his family’s disappearance, and tried to change the subject.

“It got to a point that he was telling me so many lies that I eventually told him that I did not want to speak to him again until his family was found,” she told the paper, explaining that she called police on August 15 to report Watts’ lies.

In exchange for Watts’ pleas, he will not face the death penalty, Rourke said. Shanann Watts’ family was OK with taking the option off the table, he said.

The plea deal asks the judge to make the first-degree murder sentences consecutive, Rourke said, so they would stretch one after the other.

On April 9, few of the new cast members came together on the red carpet for the watch party of Ready To Love Season 4, Episode 2. The evening was produced by the "Society of Royals" -- who's primary focus is on building the inner self, ending suicide, stopping bullying, showing kindness in the youth community. The event highlighted non-profit foundations and offered a better way of teaching the youth about healthy relationships.

TOKYO (NewsNation Now) — When Japan won the bid to host the Olympic Games eight years ago, it billed Tokyo as a reliable and secure location, contrasting it with rivals struggling with finances and political instability.

But 100 days before the start of the Olympics, the organizers face a deluge of challenges and growing uncertainty as the pandemic rages around the world, affecting decisions on everything from athlete safety to spectator numbers to ticket sales.