(CNN) — When a fellow Florida State University fraternity pledge discovered Andrew Coffey had no pulse the morning after an alcohol-filled party, he didn’t immediately call 911.

Instead, the pledge called and texted five other members of the fraternity first, causing an 11-minute delay in summoning help.

Those 11 minutes would not have saved Coffey’s life, but the delay was broadly representative of the culture of the fraternity, according to a grand jury presentment released Tuesday.

“The brothers, pledges, and officers were more concerned about getting in trouble than they were about trying to save Coffey’s life,” the grand jury said.

The presentment comes weeks after Coffey, a prospective member of Pi Kappa Phi, was found unresponsive and declared dead after a night of partying. FSU officials suspended all fraternity and sorority activity in the wake of Coffey’s death, and FSU President John Thrasher said he wanted to create “a new normal” for safe Greek life. 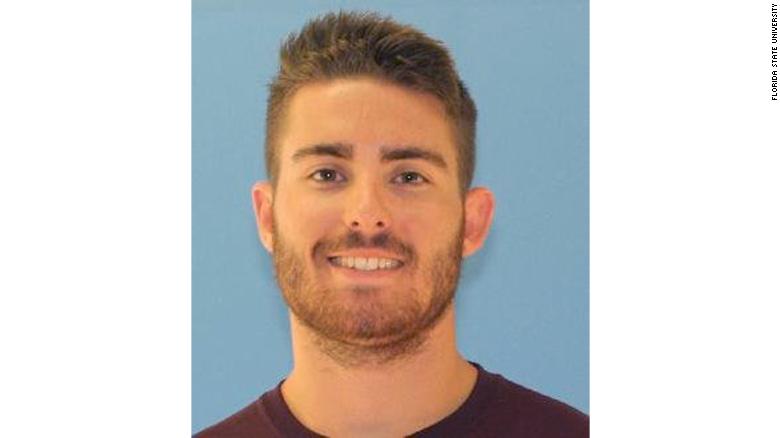 An autopsy found that Coffey died of acute alcohol poisoning and that he had a blood alcohol level of .447, more than five times the legal driving limit, according to the presentment. Testing of other bodily fluids shows that his peak blood alcohol level reached up to .558, the presentment said. The police investigation in the case remains ongoing.

Above all, the grand jury cast a harsh light on the “culture of secrecy” of the fraternity and noted that there were “elements of conspiracy and obstructionism” in the case. A majority of fraternity brothers refused to speak to investigators, and those who did speak provided testimony that sounded “rehearsed,” according to the presentment.

“Their lack of accountability was illustrated by the lack of substance in their testimony, their demeanor while testifying, and the overall glib attitude of Andrew Coffey’s so-called brothers towards this very serious matter,” the grand jury stated.

The presentment also says that as Coffey was unconscious on a couch, a number of fraternity members continued drinking, partying and playing pool around him, oblivious to his impending death. A letter from Coffey’s mother included in the presentment said Coffey “died alone in a room full of people.”

CNN sought reaction to the presentment from the fraternity’s national organization but has not received a response.

The FSU case is similar to the deaths of young men at other American universities in recent years.

At Penn State, for example, more than two dozen Beta Theta Pi fraternity members have faced criminal charges related to the death of Timothy Piazza, a sophomore pledging the group. An excessively intoxicated Piazza fell down a flight of stairs, but fraternity members did not call for help until the next morning, when it was too late, officials said.

A grand jury report on the Penn State case released last week described a pervasive environment of hazing, abuse and excessive alcohol consumption that occurred under the university’s nose.

Coffey was a junior who had transferred to FSU and was studying civil engineering, a school spokesman said. He had planned to enlist in the Navy after graduation, according to his mother.

“I can’t get a job where I sit behind a desk all day, it will drive me crazy,” he said, according to a letter from his mother. “I want to get out and see the world.”

“I want to send a message that we’ve got a serious problem and we need to deal with it, and they’re part of the solution,” Thrasher said. “And the sooner they can come to the table and we can all talk and find those solutions, the sooner this will be lifted.”

On November 2, Coffey was attending Big Brother Night, a party to celebrate pledges joining a mentorship with a “big brother.” The members, pledges and two hired strippers attended the party at an off-campus home, according to the presentment.

The fraternity was under a liquor ban, meaning only beer or wine was allowed. But the pledges were told that ban was expressly lifted for Big Brother Night, and Coffey was handed a bottle of Wild Turkey 101 proof bourbon, the presentment says.

Coffey drank enough that he passed out and had to be carried to a couch. At least a dozen other pledges vomited due to alcohol consumption, according to the presentment.

“While pledges were not physically ‘forced’ to drink, it is clear that the environment created by the leaders led to an expectation of abusive drinking or face possible ostracism,” the presentment states.

As other fraternity brothers and pledges continued drinking, partying and playing pool around him, Coffey remained unconscious. His big brother went home, according to the presentment.

The next morning, another pledge found Coffey on the couch and discovered he had no pulse, and eventually called 911 for help.

Those who did talk to investigators weren’t that helpful, the grand jury said.

“Many of the witnesses’ testimony appeared rehearsed, as if they were speaking off a ‘script,'” the presentment said. “They presented many of the same answers as each other, and volunteered much self-serving information without being asked.”

The grand jury recommended that the members face criminal charges. The presentment also advised FSU to make cooperating with investigations a condition of enrollment at the university, and questioned whether Greek life belongs on college campuses.

“While fraternities and sororities bring countless benefits to participants and the community as a whole through lifelong friendship, philanthropy, and character building, Andrew Coffey’s death should make us question whether these benefits are outweighed by the danger of an organization whose culture celebrates drinking to excess,” the grand jury said.

HOUSTON (CW39) For a number of nears, the Earth's temperature has continued to rise. Technically, it's one degree here or one degree there. But, even that amount, can be significant.

For decades, Russell Vose has dedicated his life to studying the Earth and its Climate. As the National Oceanic and Atmospheric Administration Chief Climate Analyst, it's in his blood. He's one of the experts in the field. That's why CW39 Anchor Sharron Melton sat down with him, to talk about this latest 2 degree temperature increase. In her 3 part series they discuss Why is this happening and what it means? Are Human Beings having an impact on these increasing temperatures? And, What does this mean for communities in the Houston Area and all along the Gulf Coast.

A crowd of around 150 people gathered at Revolution Hall in Southeast Portland around 2 p.m. Less than an hour later, a few officers on bicycles rode into the parking lot and were quickly surrounded by dozens of people, Portland Police said. The group took one officer's bicycle. More officers arrived and they got the bicycle back but the crowd wouldn't let the officers leave. Police said reinforcements came and they seized some long poles and a large knife from people in the crowd before setting off a smoke canister to escape.

Louisiana Governor John Bel Edwards was there and posted on Twitter, "Today, I was proud to represent Louisiana at the Inauguration of @POTUS and @VP. I hope all Louisianans will heed his call to unite with our whole souls as we work together to address the many issues facing our country.