Dan Johnson, the bishop of Heart of Fire Church in Louisville, posted an edited image of the President and first lady Michelle Obama with ape-like features. He also labeled a photo of a chimpanzee a baby picture of Obama. 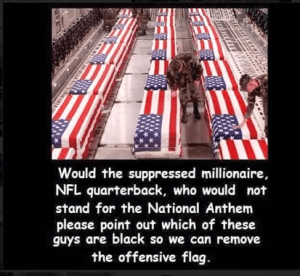 "It wasn't meant to be racist. I can tell you that. My history's good there. I can see how people would be offended in that. I wasn't trying to offend anybody, but, I think Facebook's entertaining," Johnson told WDRB, the Louisville TV station that found the images and confronted him with them.

Johnson did not immediately return a request for comment. However, Johnson would not admit to WDRB that the photos crossed a line.

"I looked this up. There has been no president that hasn't had that scrutiny. Not one," he said. "I think it would be racist not to do the same for President Obama as we've done for every other president."

His Facebook page also contains a number of Confederate flags, as well as anti-Islam posts -- including one that calls on states to "legally ban this criminal syndicate 'religion.'"

"My thing for Islam, if you want to be in America, be an American. The thing about all religions in America, they don't oppose America or want to destroy America, or some way or another get us to take on another law, like Sharia law. I hate that," Johnson told WDRB.

"Dan Johnson's comments and social media posts are outrageous and have no place in today's political discourse," he said in a statement. "They represent the rankest sort of prejudice present in our society and do not in any way, shape or form represent the views of the Republican Party of Kentucky or the many fine candidates representing us on the ballot this November."

Johnson said he didn't care if his posts cost him votes in November.

This isn't the first time a GOP politician has come under fire in recent weeks for racist Facebook posts.

Charles Wasko, the mayor of West York, Pennsylvania, faced pressure to resign after posting in June a picture of a monkey, saying it's a picture of Michelle Obama and a wagon of orangutans captioned "moving day at the White House."

Wasko had also posted calling Obama and Hillary Clinton the leaders of ISIS and showing Clinton behind bars. In one overtly racist image, Wasko had posted Clint Eastwood holding a noose with the text "Barry this rope is for you. Wanna bring that empty chair over here!"

TIJUANA (Border Report) -- Tijuana's Zeta weekly newspaper is reporting that from Oct. 23-25, Tijuana's General Hospital experienced a power outage resulting in the deaths of five people who were on ventilators.

According to the report, the hospital managed to get the electricity turned on in some areas of the facility, but at low voltage.