Marvel Studios’ “Guardians of the Galaxy Vol. 2,” the sequel to the 2014 hit, brought in an estimated $145 million in the U.S. this weekend. That makes it Marvel’s fifteenth straight No. 1 opening at the domestic box office. The studio has never had a movie not open on top.

The space adventure starring Chris Pratt and Zoe Saldana has also been a big hit for the Disney studio globally. Since opening overseas more than a week ago, the movie has nabbed about $428 million in total worldwide.

“Vol. 2” is Marvel Studios’ fifth biggest opening — an impressive feat for a brand that has brought in more than $11 billion around the world during the last decade.

The “Guardians” franchise is another example of Marvel’s might at the box office.

The original film, which isn’t based around Marvel heroes with household names like Iron Man and Captain America, surprised the industry by bringing $773 million worldwide. 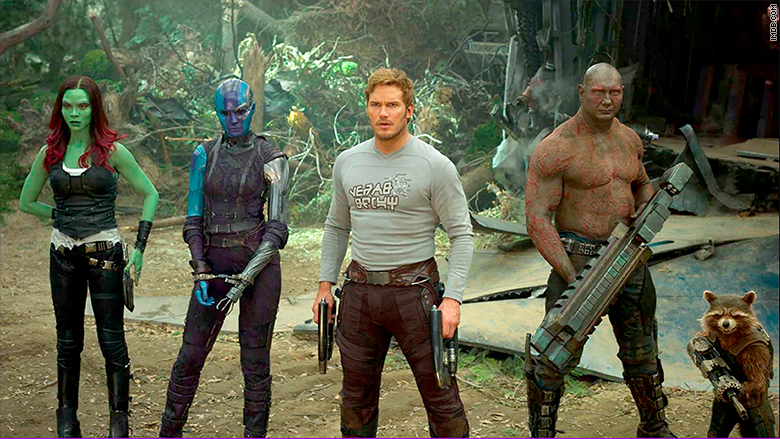 It also helped transform Pratt from the chubby goofball on the NBC sitcom “Parks and Recreation” to one of the biggest and most bankable stars in Hollywood.

Critics enjoyed the film as well. “Vol. 2” earned a 82% rating on the review site Rotten Tomatoes.

“Vol. 2” was the second biggest North American opening of the year behind another Disney movie, “Beauty and the Beast.”

The House of Mouse is looking to wrangle more box office accomplishments by the year’s end.

Films like “Pirates of the Caribbean: Dead Men Tell No Tales,” Pixar’s “Cars 3,” Marvel’s “Thor: Ragnarok” and “Star Wars: The Last Jedi” are all still on the schedule.

MISSION, Texas -- A privately built border wall in Mission is being condemned by President Donald Trump after the project has shown signs of erosion less than six months after it was constructed.

Fisher Industries built the 3.5-mile wall in January through funding from We Build the Wall, an organization dedicated to raising money for border wall construction.

DAPHNE, Ala. (WJW) -- A group of Five Guys employees who refused to serve members of an Alabama police force have been fired or suspended, according to the restaurant.

The incident occurred at a Five Guys location in Daphne, Alabama Tuesday night, WKRG reports. The employees allegedly turned their backs on the three officers when they entered the restaurant.

WASHINGTON D.C. (WCMH) — The FBI is warning american healthcare companies to be on the lookout for hacking attempts made by China after national security leaders say China is trying to steal its way to making a COVID-19 vaccine.

National Security Advisor Robert O'Brien agrees with this week's warning from FBI director Christopher Wray who said China wants to steal any information it can on COVID-19.