HAWAII — Pomp and circumstance greeted the Hokulea, a traditional Polynesian deep-sea canoe, on its return to Hawaii after a three-year global voyage.

Thousands of people were on hand Saturday on the island of Oahu to greet the vessel, which navigated the world’s seas relying mostly on the sun and stars, ocean waves and cloud movement. 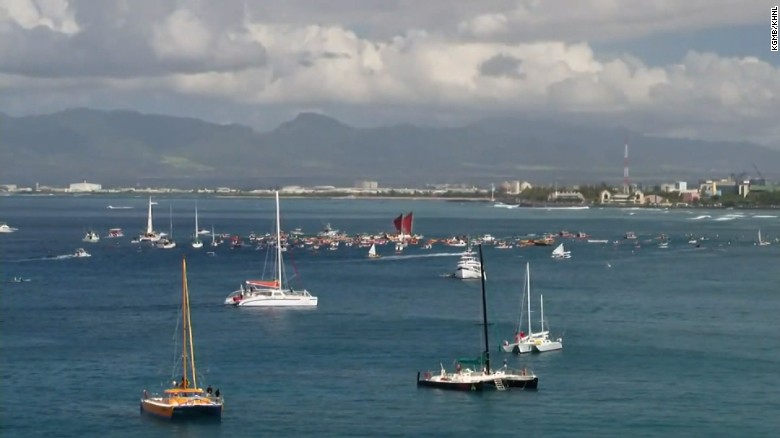 The Hokulea and its sister ship, Hikianalia, covered a combined 60 ,000 nautical miles, over 150 ports, and 23 countries and territories, the Polynesian Voyaging Society website reported. It’s mission: to showcase traditional Polynesian voyaging and the spirit of exploration and sustainability.

The double-hulled sailing canoe is a performance replica of the canoes early Polynesians likely used 3,000 years ago to discover all of Polynesia.

The Hokulea was greeted in the harbor by other replica Polynesian voyaging canoes as well as modern ships, sailboats, wave runners and paddle boarders. 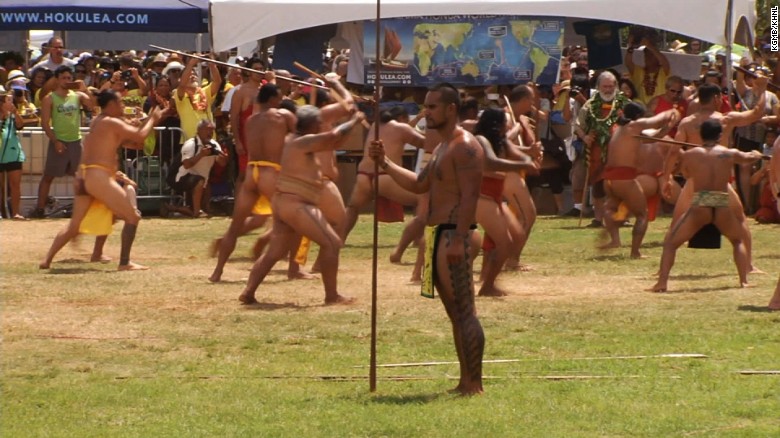 One part of the arrival festivities occurred on land — the kalii, or spear throwing ceremony. The traditional rite hasn’t been performed in nearly 200 years, according to CNN affiliate Hawaii News Now.

In the dangerous ceremony, spears are thrown toward one man — who either catches the spears or deflects them. It’s meant to challenge warriors entering a new land.

“It was done for canoes that left the realm…basically in the hands of God. The spears show that the person catching is still a man, not a god,” Kapoi told the affiliate.

Kapoi slammed the last spear into the ground, symbolizing the Hokulea’s return.