MIAMI — Inside a plane at Miami International Airport, baggage handlers are going on a shopping spree with passengers’ bags.

What they don’t know is that they are being recorded on a hidden camera. The Miami-Dade Police Department set up the camera as part of an ongoing police investigation into luggage thefts by the very airport workers who are supposed to get bags safely onto planes.

“It’s a problem we all face,” said police Lt. Pete Estis. “We will continue to be proactive until we can see that the claims of pilfering through luggage will actually decrease.”

The problem has been so serious at JFK that in 2013, El Al Airlines set up a hidden camera in a baggage hold. The camera showed baggage handlers stealing items on flights bound for Israel, including a $5,000 Seiko watch, iPhones, an iPad, cameras, gold rings and cash. Six of those arrested pleaded guilty to possession of stolen property or petty larceny and the seventh suspect’s case was sealed, according to the Queens District Attorney’s Office.

The high-profile case, though, didn’t stop the thefts. Two more baggage handlers at JFK were arrested in 2014 after authorities said they stole two designer handbags from a suitcase, and then tried to sell them on eBay.

Then, in December, seven more JFK baggage handlers were charged with stealing valuables from checked luggage. The items were stolen from suitcases of passengers traveling to or from Hawaii, Japan, Johannesburg, London, Bangkok, Dubai, Milan and various U.S. cities.

In Miami, which aggressively goes after luggage thieves, police have arrested 31 baggage handlers and ramp workers since 2012, including six so far this year. 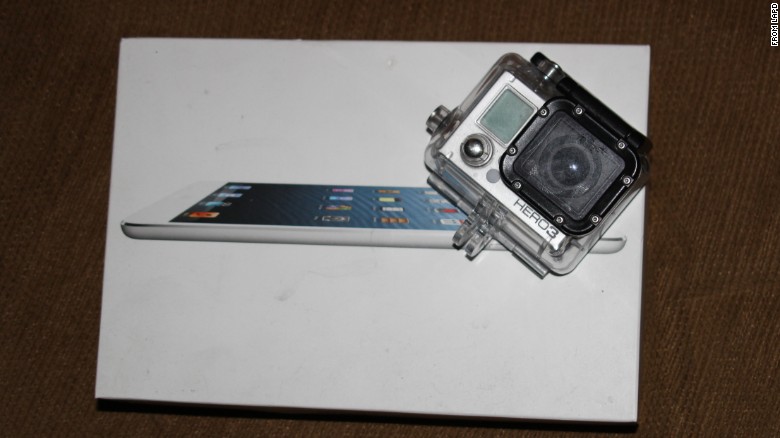 Police set up a hidden camera inside the belly of a plane last year and caught baggage handlers rifling through luggage and stealing various items.

Another hidden camera caught a baggage handler rummaging through bags in a secure luggage room inside the airport while a security guard looked the other way.

“Insider threat is very scary for us in law enforcement, and certainly someone taking somebody’s cell phone, iPad, computer — what’s next?” Estis said.

A CNN investigation earlier this year found that Miami and Orlando are the only two major airports in the country that require employees to be screened through metal detectors. Miami even checks employees when they leave work to go into the main terminal. But that apparently hasn’t stopped the luggage thieves.

“As far as being able to get the property off the airfield, that’s a great question,” Estis said. “We have theories.”

In Los Angeles, police last year executed search warrants on 25 locations after getting complaints about thefts in two terminals. Among the valuables found were computers, watches, jewelry and cameras and designer bags. Sixteen airport workers were fired.

“We cut theft in those two terminals by 60% because of doing that aggressive investigative work,” said Patrick Gannon, police chief of Los Angeles International Airport.
Luggage theft could definitely lead to more serious problems, he said.

“I absolutely think that if we don’t pay attention to the small things that happen around here, that it could lead to much larger things. So there is, I believe, a connection between baggage theft and terrorism,” Gannon said.

Even the TSA has had problem employees. Since 2002, the agency has fired 513 officers for theft. It employs about 50,000 officers today, and last year screened more than 443 million checked bags and nearly 1.7 billion carry-ons.

Luggage theft isn’t confined to airport workers. Outsiders have been caught on surveillance cameras stealing luggage from carousels. CNN contacted airports around the country and found while the total thefts from carousels are relatively low, it continues to be a problem.

For example, Seattle reported 214 luggage thefts from carousels and other airport locations last year, 200 in Las Vegas, 36 in Atlanta, 35 in Phoenix, 15 at Ronald Reagan Washington National, 14 at Dulles International and 10 at Chicago’s O’Hare Airport.