JAPAN — At least 15 people were killed and hundreds are still stranded after heavy rains triggered floods and landslides this week in southwest Japan, authorities said.

Three people have been killed and 47 people are unaccounted for in Oita prefecture, where 40,033 people remain under evacuation order.

Aerial television footage shows how rivers overflowing with water ripped through swathes of land, toppling houses and sweeping away roads. 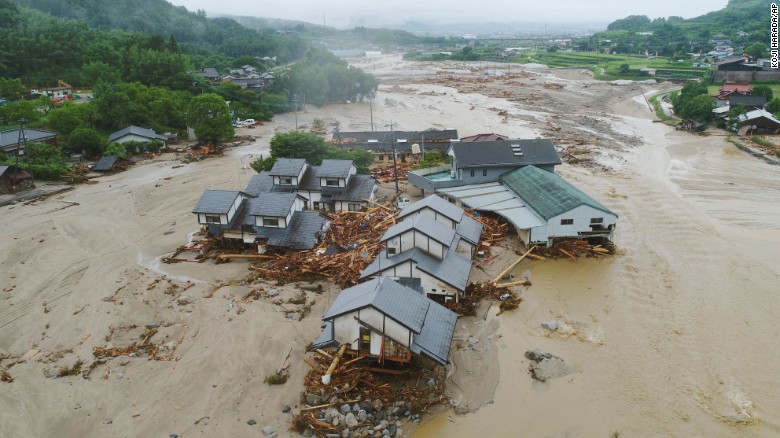 More than 7,800 rescuers from the Fukuoka police force and Japan self defense forces have been working around the clock to search for missing people. But heavy rain Friday hampered their efforts, making rescue operations treacherous as they battled against thick mud and debris.

“When we get this amount of rainfall in a short amount of time it takes a lot of debris with it … Debris fields inundate whole houses and communities,” CNN’s meteorologist Derek Van Dam said. 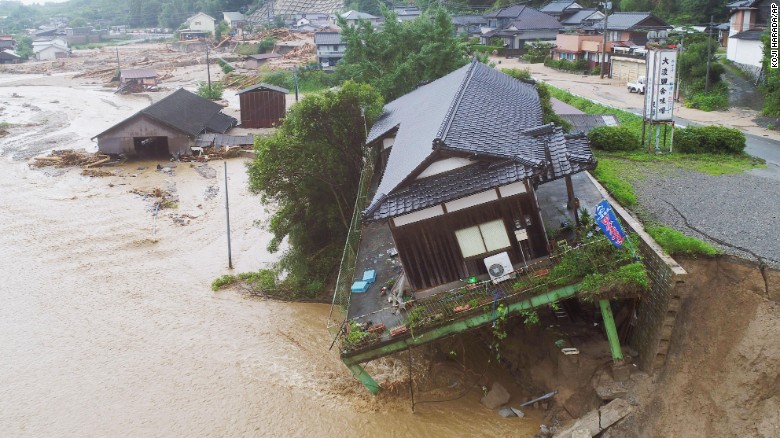 Earlier this week, Asakura experienced more than one and a half times its monthly average rainfall in a period of 24 hours. Asakura normally receives 354 milimeters (14 inches) per month, but on Wednesday received up to 525 milimeters (20.6 inches).

More rains are expected as the monsoonal season continues to impact east Asia. An additional 50 milimeters (2 inches) of rainfall could lead to more landslides in Fukuoka.

Emperor Akihito’s eldest daughter, Princess Mako, decided to postpone the highly-anticipated engagement announcement to her fiance out of consideration to those in the disaster-hit region, according to a statement released Friday by Japan’s Imperial Household Agency.

Warning: Fishing in Lake Livingston could be deadly!