HOUSTON —  A Judge has granted Antonio Armstrong Jr. a $200,000 bond in the "All-American family" murder case.

On April 3, A Harris County judge announced that Armstrong Jr. would be tried as an adult for the murders of his parents.

Dawn and Antonio Armstrong were killed in the early morning hours of Jul. 29, 2016 at their home on Palmetto at Mapleridge.

The mother died at the scene, and the father suffered a gunshot wound to the head. He was taken to Memorial Hermann Hospital, where he was later pronounced dead. The couple had three children; an adult son, a 12-year-old daughter and Antonio Armstrong Jr., who was later charged with their murders. 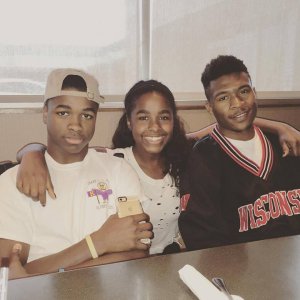 According to the Harris County District Attorney's Office, Antonio Armstrong Jr. told investigators that he saw a masked man inside the house on the night of the shooting and had to hide in a closet. Investigators said there were no signs of forced entry and the teen actually had to turn off the alarm when officers arrived.

Investigators said a note was also found inside the house, but prosecutors would not disclose what it said.

In court Wednesday, "A.J." began to cry after photos of his parents were shown.

"This is a good, all-American family. This a good kid. It just doesn't make any sense," defense lawyer Rick Detoto said after court.

The motive for the shooting remains unknown, but people who knew the Armstrongs called them the "All-American family." 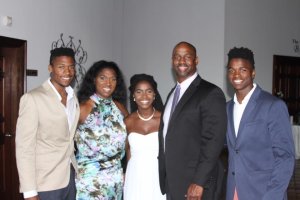 Antonio Armstrong is a former Texas A & M football player who went on to play professionally for the San Francisco 49ers and Miami Dolphins.

The couple was featured in an article on Love. Work. Repeat., an online magazine created to promote healthy marriages and families.  In their article, they detailed how they met, which was at church, and what kept them together. They said their keys to making their marriage work were spending time together, not focusing on the small things in life and having date nights every Wednesday.

"Stick to your commitment, work out all differences and don’t waste time majoring on the minor things," Antonio told L.W.R.

The magazine posted condolences for the family on its social media page.