BANGALORE — A musician played the guitar while undergoing brain surgery to fix cramping in his fingers, according to the surgeon who conducted the operation in India.

For 20 months, Prasad suffered from a neurological condition called musical dystonia before the surgery July 11, the surgeon said.

“This is a form of a task-specific movement disorder, which comes out only when playing a musical instrument. In his case … it was the cramping of three fingers, middle ring and little, on his left hand beuse of the misfiring circuits in his brain,” the surgeon said.

Whenever he played the guitar, his fingers would get stuck.

Srinivasan said he performed “radio-frequency ablation” to correct the condition, a treatment he had trained for in Japan. 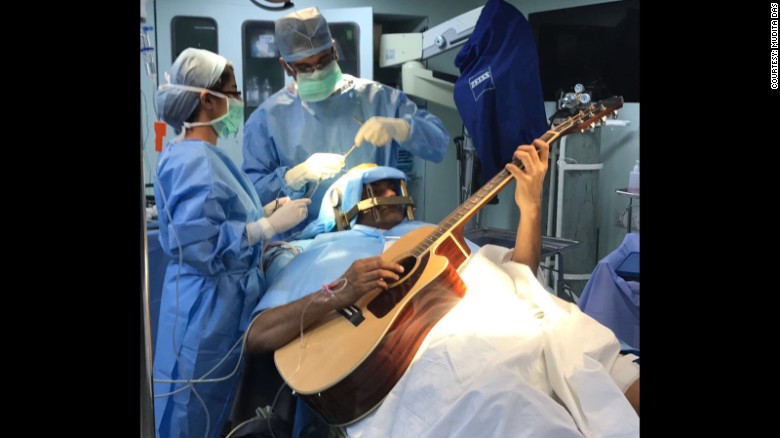 The treatment uses radio-frequency currents to destroy the part of the brain circuit triggering abnormal tremors.

After putting a frame on Prasad’s head and using a special MRI scan to map his brain, Srinivasan said his team had to rely on Prasad’s reactions to pinpoint the exact area that required burning.

“This is why the patient has to be fully awake during the surgery. He has to give me a real time feedback,” the surgeon said.

“As I am entering the brain, I’m stimulating the brain at various levels to make sure I’m in the right location, I’m not in the wrong location. Once I confirmed that I’m there, then I started burning the circuits with radio-frequency currents.”

The patient’s real-time response is critical to the operation.

“As I’m doing it, he kept playing the guitar and he is seeing his fingers releasing,” the surgeon said.

Srinivasan said he took extra measures to ensure the patient was not in pain.

“He was only under local anesthesia, which means wherever I made a cut in the skin, I give an injection, so that he doesn’t feel the pain. Because the brain itself has no pain. Only the skin or the top of the skull that is painful.” 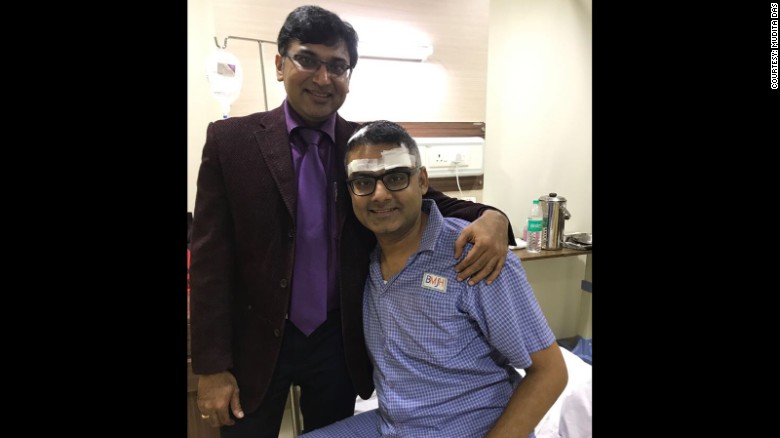 Srinivasan said it was the first time surgery of this kind had been performed in India.

“So, this is a milestone in India’s medical field.”

Between 1% and 2% of musicians are believed to have musical dystonia, and anyone conducting repetitive tasks that keep stimulating the same brain circuit is prone to the condition, according to the surgeon.

“Patients think they have a psychological problem. They don’t know it’s a neurological circuit issue that can be fixed.”

Prasad was in hospital for three days after the surgery, and is doing well, Srinivasan said.