Middleton arrived with her father in an open-top vintage car shortly before rain started to fall, UK’s Press Association reported. Once at the picturesque St. Mark’s Church, father and daughter enjoyed a quiet moment before walking in. 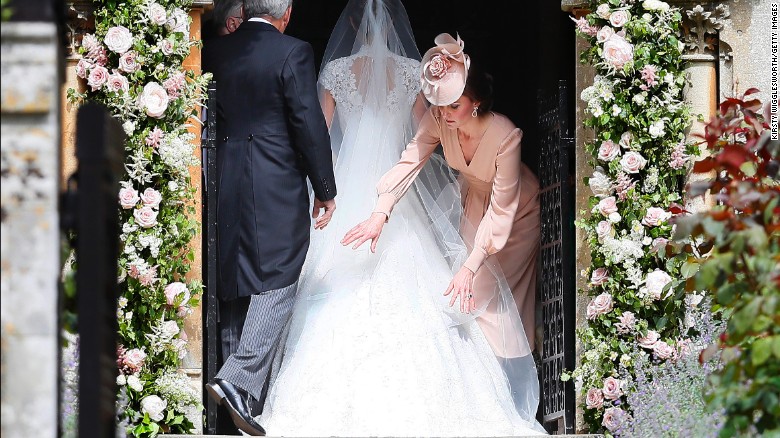 Heavy rain stayed away for most of the morning as guests streamed into the 12th-century church. A downpour erupted minutes after the ceremony started and ended just seconds before the 45-minute ceremony concluded.

The ceremony took place just a few miles from the Middleton estate, where the marquee reception was held. Classic cars also brought page boys and bridesmaids from Middletons’ home minutes before the bride’s arrival, the PA reported. 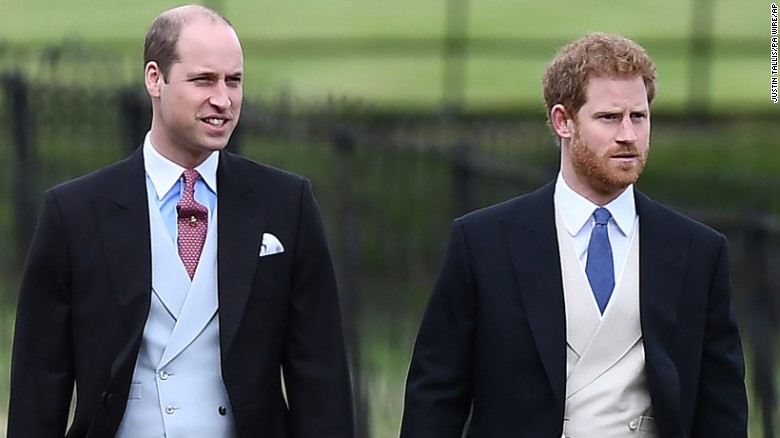 Prince William, Duke of Cambridge, and Prince Harry were seen walking around the church shortly before the ceremony. However, Prince Harry’s girlfriend, actress Meghan Markle, did not accompany him to the ceremony. It was rumored she might join him for the reception; if Markle attended, it would be the couple’s highest-profile outing to date.

Catherine, wearing a light pink dress with a deep V-neck and matching fascinator, was seen outside the church attending to her two small children. She straightened Pippa’s gown before the bride entered the church, much as Pippa had done for her when she married Prince William.

After the ceremony, Catherine walked beside the newlyweds as they followed page boys and flower girls out of the church. 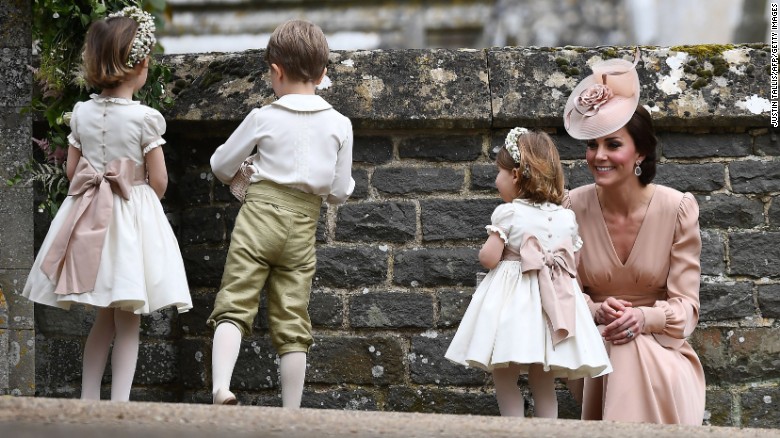 The dress and the spectacle

Middleton’s dress was handcrafted in London by fashion designer Giles Deacon, the PA reported. The bride also wore a bespoke veil designed by Stephen Jones and made from fine tulle with a dégradé of embroidered pearls. Middleton’s ensemble also included a Maidenhair Fern tiara with matching hairpiece handmade by Robinson Pelham and Manolo Blahnik pumps in ivory satin with bespoke pearl detailing. 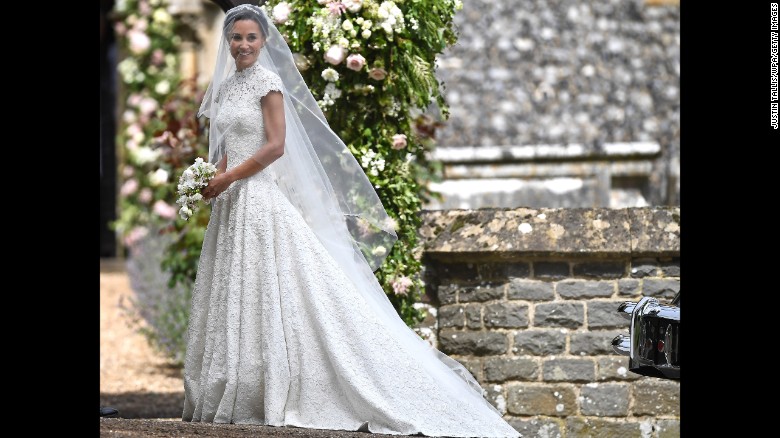 The Duchess of Cambridge had admitted she was a little worried about how her children would behave. She was “hopeful that they would be good, but you never know at that age,” she reportedly told a guest recently at a Buckingham Palace garden party.

The wedding reportedly was to be Scottish-themed, complete with whiskey and bagpipes, the Daily Mail reported.

Middleton first grabbed the world’s attention at the 2011 wedding of her sister to Prince William.

As maid of honor, her eye-catching, sleek white gown made headlines. And her svelte figure turned her into a celebrity on social media.

And just like that, the overshadowed younger sister shot to fame. And with celebrity status came opportunity.

The younger Middleton authored a book. She even become a contributor to Vanity Fair.

“It’s been a crazy couple of years since my sister’s wedding, but it’s had its upsides and downsides, and I just feel really fortunate to be able to build a career as a writer,” she said a year after her sister’s wedding.

After dating a string of high-society men, 41-year-old Matthews popped the question last summer after almost two years of dating. Matthews’ parents are multi-millionaires — his father, David, was a racing driver-turned-property developer. His younger brother is reality TV star Spencer Matthews of “Made in Chelsea” fame.