MONTGOMERY COUNTY, Maryland — Three men were arrested Saturday in the shooting deaths of two Maryland teenagers, according to the Montgomery County Police Department.

Shadi Najjar, 17, and Artem Ziberov, 18, were found shot to death in Najjar’s blue Honda Civic on June 5, the night before the two were set to graduate from high school.

Officials said 30 shell casings were found at the scene. One of the teens was hit four times, and the other was hit 10 times.

Investigators said they think Najjar and Ziberov were killed in retaliation for a “drug-related robbery” that Najjar committed months ago.

During the investigation, a friend of Najjar’s told authorities Najjar had stolen drugs from a woman during a drug deal in December 2016 or January 2017.

The same friend told investigators Najjar told him he was going to sell Garcia a ticket to their graduation. According to police, it was the last communication Najjar had with anyone, about a half-hour before he was killed.

“We’re certainly working on the strong possibility that (the graduation ticket) was a ruse to get the two victims to that location,” Police Chief J. Thomas Manger said in a news conference Saturday night.

Edgar Garcia-Gaona had a friend, Jose Canales-Yanez, who is thought to be either the boyfriend or husband of the woman Najjar robbed, Kara Yanez. 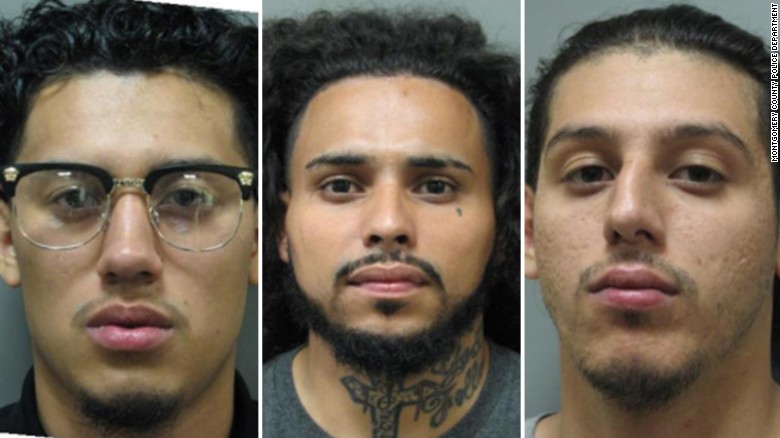 According to the release, Kara Yanez told police on December 14, 2016, that she was approached by a blue Honda Civic while walking. The passenger of the vehicle grabbed Yanez’s iPad, she said, and dragged her about 50 feet before driving away.

“It’s believed that this is the robbery that Najjar, the victim in the homicide, was rumored to have participated in,” Manger said. Police have not made a determination as to whether Najjar robbed Yanez, or if it’s merely a rumor.

It’s unclear, he said, whether the suspects had a motive to kill Ziberov, “or if his death was incidental to the killing of Najjar.”

On Saturday, Manger said, authorities executed a search warrant at Garcia-Gaona’s house, where they found a box of Blazer 40 caliber ammunition.

According to police, 11 of the 30 shell casings recovered at the scene of the murder were Blazer 40 caliber ammo.

“Although detectives have made these three arrests, this by no means should be interpreted that the investigation has concluded,” Manger said in the news release, which stressed that the progress made in the investigation so far was thanks to the members of the community who came forward to help authorities.

“These most recent developments are the result of the community taking an active role in this investigation,” Manger said. “It is believed that, considering the progress made over the past 36 hours, there are additional sources of information who have yet to come forward.”

Road Rules: What to do if you’re involved in a road rage incident