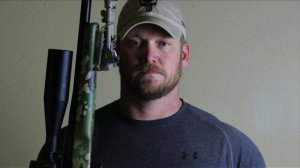 Chris Kyle earned a reputation as the deadliest sniper in United States history, but newly-released military documents contradict a claim he made in his best-selling book.

“All told,” Kyle wrote in his 2009 autobiography American Sniper, “I would end my career as a SEAL with two Silver Stars and five Bronze (Stars), all for valor.”

Based on Naval documents obtained in an investigation by The Intercept, Kyle appears to have exaggerated his record:

Kyle was warned at least once before American Sniper was published that its description of his medal count was wrong, according to one current Navy officer, who asked not to be identified because he was not authorized to speak about the case. As Kyle’s American Sniper manuscript was distributed among SEALs, one of his former commanders, who was still on active duty, advised Kyle that his claim of having two Silver Stars was false, and he should correct it before his book was published.

Kyle actually earned one Silver Star and three Bronze Stars with Valor, according to Navy records. The Navy has confirmed the report and is currently investigating, according to a spokeswoman.

The former SEAL, who was killed in 2013 at a Texas gun range by a disturbed, former Marine, has been accused of misrepresenting his record before. In American Sniper, Kyle claimed to have knocked out the ex-governor of Minnesota, Jesse Ventura, after a bar dispute turned physical. Ventura, a veteran himself, sued a year after Kyle’s death and won $1.8 million in damages.

His widow, Taya Kyle, who a judge ordered to pay Ventura, is currently appealing that decision.

$15 minimum wage all but dead in big COVID relief bill

Have Sex on the Go inside the Hook-Up Truck