(CNN) — Spanish matador Iván Fandiño died Saturday after being gored during a bullfight in the French department of Landes, the bullfighter’s communications department said.

Video shows the moment when Fandiño, 36, was gored by a bull after he tripped on his cape. The bullfighter then fell to the ground, where the bull hit him again. Other bullfighters quickly picked up Fandiño and removed him from the bullring, the video showed. He had already performed in a previous fight.

Fandiño was taken to a hospital with a wound on his lung and later died, CNN affiliate BFMTV reported.

‘A great figure of bullfighting’

The Spanish government released a statement mourning the death of Fandiño. King Felipe and Queen Letizia of Spain also shared their condolences on Twitter, and called Fandiño a “great figure of bullfighting.”

Fandiño was born in Orduña, in the Basque Country. His official biography says he dressed in the traditional bullfighter costume for the first time in 1999 and debuted as a picador in 2002. By 2011, he was performing in important bullfighting events across Spain. 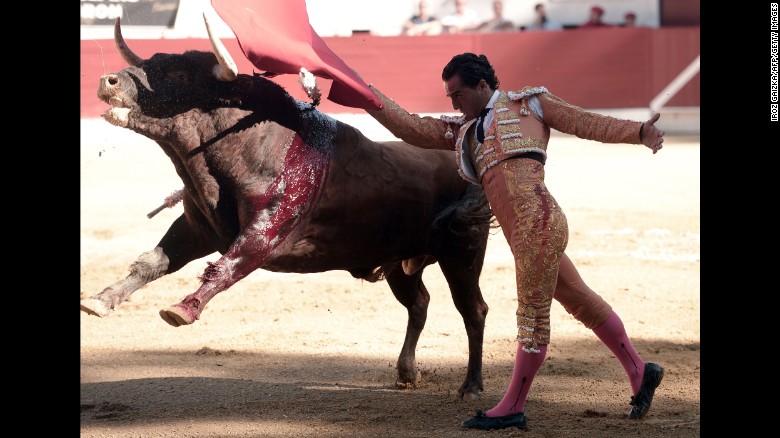 His official Twitter account posted a photo of Fandiño holding a bull’s ear from Saturday’s previous fight and praised his devoted and solid performance. Fellow bullfighters posted tributes to Fandiño on social media.

Juan Del Álamo, who was performing with Fandiño on Saturday, described it as “the worst day of my life” in an Instagram post. He added he will honor his friend by “doing what [Fandiño] liked most.” 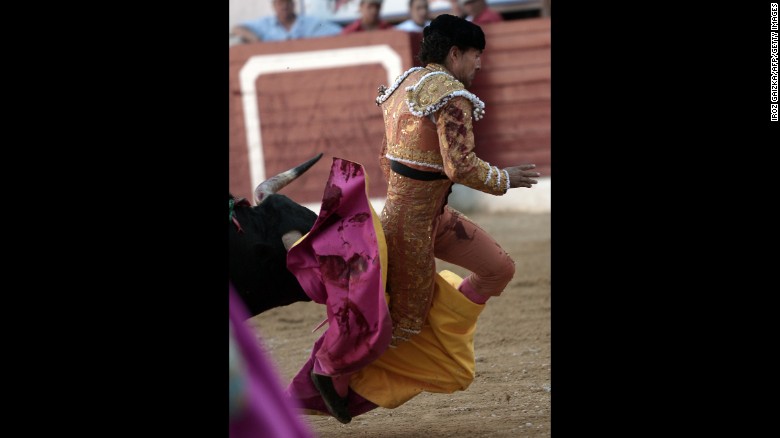 Last year, a professional Spanish bullfighter was gored to death during a competition on live television. Victor Barrio, 29, was killed in Spain’s eastern region of Aragon.

Both professional bullfights and bull running events remain popular in Spain, especially in the summertime.

Spanish towns hold annual summer festivals in which bulls dash after humans. These events gained worldwide fame after author Ernest Hemingway wrote about one in his 1920s novel “The Sun Also Rises.”