Co-founder and former CEO of Death Row Records, Suge Knight is claiming to know the identity of Tupac Shakur's murderer's in a new documentary.

The documentary titled “Tupac Assassination: Battle for Compton” uncovers a signed affidavit from Knight’s attorney Thaddeus Culpepper. The affidavit claims that Knight’s ex-wife, Sharitha Knight, and a former Death Row Records security chief by the name of Reggie White Jr. are responsible for the rapper's murder. 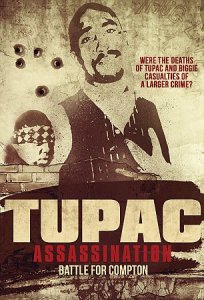 Knight was in the car with Shakur on the night of September 7, 1996, when the shooting took place.

According to official statements, Shakur attended the Bruce Seldon vs. Mike Tyson boxing match with Knight at the MGM Grand in Las Vegas, Nevada at 11:15 p.m. A white, four-door, late-model Cadillac with an unknown number of occupants pulled up to the sedan's right side, rolled down a window and rapidly fired gunshots into the vehicle. Shakur was hit four times. Twice in the chest, once in the arm and once in the thigh. One of the bullets went into Shakur's right lung and Knight was hit in the head by fragmentation.

“Culpepper told Carlin individually that not only did Knight confirm the events as portrayed in Compton, which portray Knight was the intended target and Shakur as collateral damage, as true, but also goes on to allege that these 1996 events may have been the first in a history of attempts on Knight’s life, culminating in the recent attempted killing of Knight at the 1OAK Club in Los Angeles, where Knight was shot six times,” a film spokesperson said to WENN.

Twenty years of conspiracy theories have swirled around the death of Shakur which has made Knights latest affirmation even more intriguing.

Conspiracy theorists and hip-hop fans alike have taken to Twitter to voice outrage, awe and criticism towards the former CEO.

When you hear they finally solved Tupac's murder and suge knight of all ppl was the one who solved it pic.twitter.com/aVdjQ5LZ2b

Why does Suge Knight want to break his silence about who killed Tupac? After all this time he now knows? Questioning his motives.

Suge Knight 'was the real target of Tupac shooting' -- IDs his ex-wife as murderer pic.twitter.com/g0YqpX3TVt

Knight who is currently in jail and awaiting trial for attempted murder and hit and run, revealed through his attorney Thaddeus Culpepper that the affidavit was originally drafted by the LAPD on July 18, of 2015. 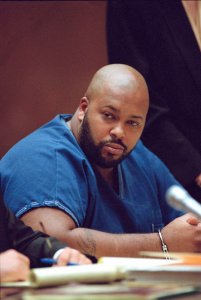 “Knight has maintained privately for some time that during his divorce proceedings his ex-wife hatched an assassination plot to kill him and seize control of Death Row Records before a divorce became final. He maintains that his death would have given control of the label to his former wife. Tupac was not the initial target of the attack in which Knight was slightly injured,” said LAPD.

Maybe the new documentary will finally lay to rest the Tupac is alive debate. 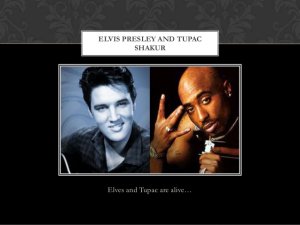 Houston homeless couple ticketed for sitting, putting their stuff down on sidewalk