ALLEN, TX – As if transgender individuals didn’t already have enough to worry about when it comes to bathrooms in the lone star state, a restaurant in Allen is using pre and post-transition images of Caitlyn Jenner to identify its men’s and women’s bathrooms. The display is at best an ignorant and misguided attempt at humor and at worst a deliberate denigration of the transgender community.

Dodie’s Place Cajun Bar & Grill installed the massive pictures on the doors of its restrooms back in August. On the women’s restroom is a picture of Caitlyn Jenner from a 2015 issue of Vanity Fair, after she came out as transgender. On the men’s restroom is a picture of Kaitlyn Jenner from the 1976 Olympics, before she came out as transgender.

Mayor Jess Herbst of the nearby town of New Hope is the only openly trans mayor in the entire state. She says the use of the photos is offensive because displaying images of a transgender person from a time when they were suffering from severe dysphoria is rude, mean, and heartless.

Yes, they are offensive to trans folks

Displaying photos of a transgender persons appearance when they were suffering severe dysphoria. It's rude, mean and heartless.

In addition to the offensive imagery, in the Facebook post unveiling the doors the restaurant chose to deadname Jenner. Deadnaming is the use of a transgender person’s pre-transition name to identify them. When it happens by accident it’s generally not an issue and can be used as a teaching moment. However, deadnaming is highly offensive to members of the transgender community when it is used to purposefully misidentify transgender persons and cause them distress. 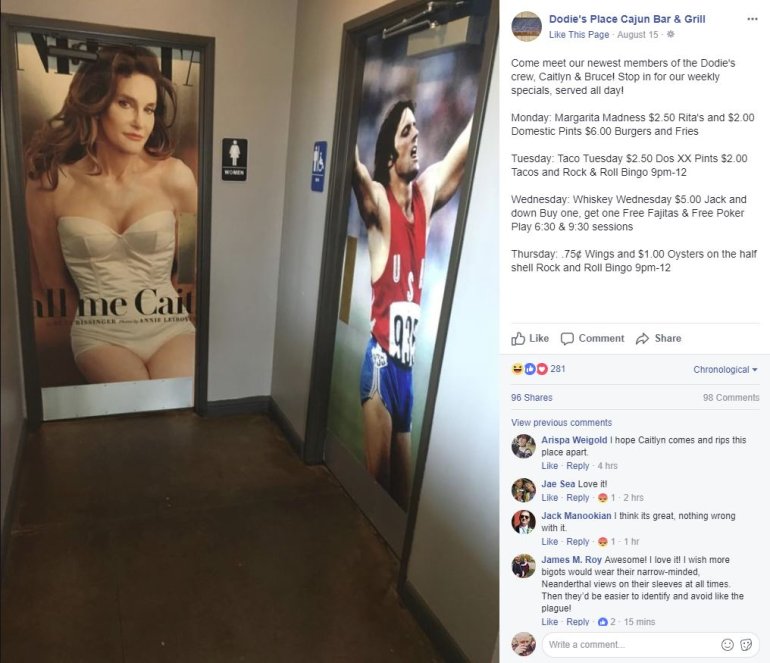 The restaurant tried to defend itself on its Facebook page, saying the pictures were nothing more than a “lighthearted display.” However, for transgender individuals the issue is no joke. The restaurant hasn’t apologized and there is no indication that it plans to remove the pictures. 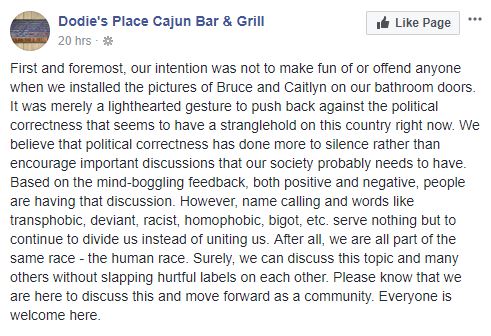 Highs for the week ahead

Tanks for Watching word of the day Oct. 5 is CONVENIENT

President caught on hot mic: ‘No one f—- with a Biden’

‘Mascots For A Cure’ visits Houston despite having …

Kicking off the Texas Renaissance Festival, and more!

Inmate who fought prayer, touch rules to be executed