CNN — The brother of the gunman who killed 17 people at a Florida high school says he wants to dedicate himself to ending bullying, and that he believes bullying contributed to his brother’s actions.

“Because my brother didn’t really fit in with a lot of people and I saw the effects of that, like, firsthand,” Zachary Cruz told CNN affiliate WPEC outside of an animal boarding house in Green Acres, Florida, on Sunday morning. “It’s a real issue so I just want to try to change that.” 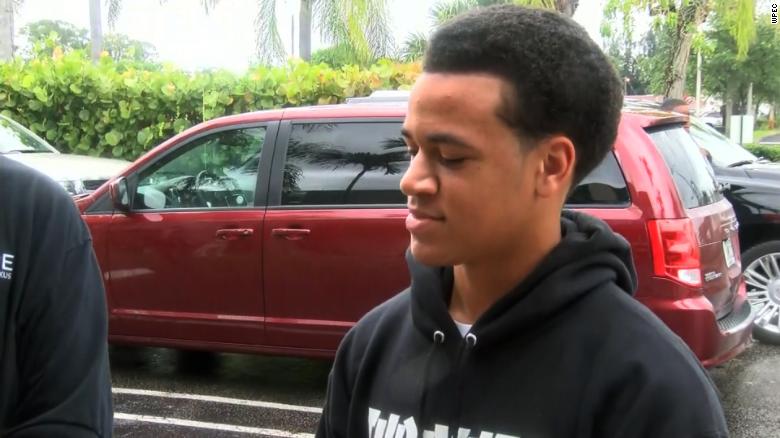 Zachary Cruz previously told investigators he bullied his adopted brother Nikolas when they were younger, according to a Palm Beach County Sheriff’s report. Two days after the shooting, Cruz said he felt guilty about it and thought he could have prevented it, a detective wrote. He echoed that sentiment on Sunday.

Cruz told reporters he used to fight a lot with his brother when they were younger, but that they “made amends” and grew closer in their teenage years.

“I want to end bullying because it’s so dumb,” Cruz added Sunday. “Like, everybody, like, deserves to fit in. … You shouldn’t just, I don’t know, exclude someone because they’re different.”

Cruz spoke to reporters Sunday as he was picking up his and his brother’s dogs before moving to Virginia, after a judge ruled this week he could serve the rest of his probation there. He’s moving with the assistance of the legal rights group Nexus Derechos Humanos to Staunton, where he’ll participate in a program that provides counseling and will give him a job as a maintenance technician.

Cruz was originally arrested March 19 on a misdemeanor trespassing charge for skateboarding at Marjory Stoneman Douglas. In late March he was sentenced to six months’ probation, ordered to wear a GPS monitor and to have no contact with Parkland victims, their family members or his brother.

Cruz filed a lawsuit against Broward County officials earlier this month, accusing them of violating his Eighth Amendment rights and claiming he was tortured while in jail. The suit also alleges that Cruz has been punished more harshly because of his brother’s crimes, pointing to an exorbitant $500,000 bail after his initial arrest.

Cruz said he was looking forward to a fresh start in Virginia.

When asked what he hoped to do there, he said, “Finish high school, work on this bullying thing that I want to do, and just live my life.”