NIGER — On Saturday October 7, the day the body of 25-year-old Army Sgt. La David Johnson was returned to Dover Air Force Base after he was killed in an ISIS ambush in Niger, President Donald Trump was golfing. It’s not known if the President ever planned to attend the return of remains ceremony at Dover as he has in the past. But since the ambush on October 4 in Niger, he has not commented publicly on the deadliest combat incident involving US troops since he took office.

White House Press Secretary Sarah Sanders did address the deaths on October 5, saying “our thoughts and prayers are with the families and friends of the fallen service members who made the ultimate sacrifice in the defense of the freedoms we hold so dear.”

The Pentagon has not provided a detailed accounting of the ambush by 50 ISIS affiliated fighters which left four US soldiers dead and two wounded and has said the incident remains under investigation. But CNN has talked to half a dozen US officials who describe details of the chaos and confusion which led to the troops being left on the ground for nearly an hour before help could get to the remote area of southwestern Niger where they were operating. In addition, officials still do not know how Johnson became separated from the party only for his body to be recovered nearly 48 hours later.

Officials said the 12 man Green Beret-led team had just completed a meeting with local leaders and were walking back to their unarmored pick-up trucks when the unexpected ambush resulted in a firefight that lasted 30 minutes until French Mirage jets arrived overhead to fly low passes in an attempt to disperse the attackers.

The attackers had rocket propelled grenades and machine guns, while the US troops were armed only with rifles and were in unarmored trucks according to officials. It had been considered ‘unlikely’ they would run into opposition and initial reports being reviewed indicate some locals in the area may have known an attack was planned, two officials said.

The failure to anticipate an attack and the fact there were no US rescue and recover assets close by meant nearly an hour went by before the evacuation of the two wounded and three dead US troops by French Super Puma helicopters could be completed.

Defense Secretary James Mattis said the rescue was timely stating: “I completely reject the idea that that was slow.” But he did say an investigation will determine if changes are needed. “We will look at this and say was there something we have to adapt to now? Should we have been in a better stance.” 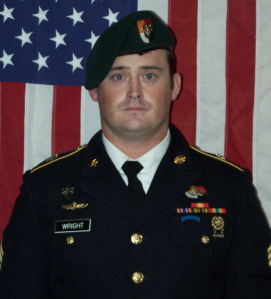 One indication of how unexpected the attack was: the unit in Niger “had actually done 29 patrols without contact over the previous six months,” Joint Staff Director Lt. Gen. Kenneth F. McKenzie Jr. told reporters. 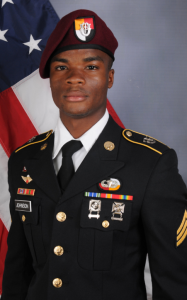 Officials who have read the initial after-action reports say there was confusion and uncertainty on the ground after what was a completely unexpected attack. The team was particularly vulnerable because it was in two separate locations when the attack began. Some were walking back from a meeting with local villagers. Others were waiting outside, guarding the vehicles that the US troops were using. 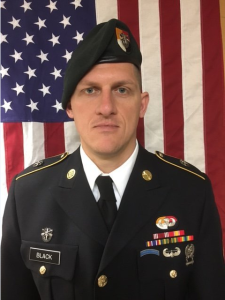 While French helicopters were able to get the team to safety, the critical failure to find Johnson for another 48 hours has not been explained. His body was eventually found in a nearby area, but military investigators do not know why he was left behind during the French led evacuation and if he was alive even for a short period of time, US officials tell CNN. 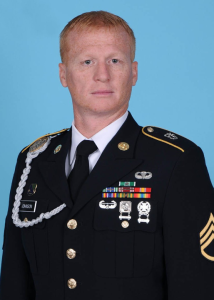 Military officials have acknowledged that the incident is under investigation and that security procedures for teams operating in Africa are in the process of being reviewed. But it remains to be seen if Trump will choose to weigh in on the failings that led to the deadliest combat incident of his presidency so far.

Long term closure on I-69 inbound

HOUSTON (CW39) -- Are you looking for easy, healthy meals to prepare for you and your family?

(NEXSTAR) – As fuel stations in the East run out of gas amid panic-buying after cyberattackers hit the Colonial Pipeline on Friday, the U.S. Consumer Product Safety Commission is reminding drivers just how dangerous improperly stored gas can be.

"Do not fill plastic bags with gasoline," the safety commission said in a tweet Wednesday. The reminder comes as images show desperate drivers lining up at the pumps and some hoarding containers full of gas.

Jones and Deputy Samuel Leonard were shot and killed when they responded to a dog complaint at a home in Eden, Texas. The situation "quickly escalated to gunfire," the Texas Department of Public Safety said.

WATCH: Tamron Hall discusses the Purple Leash project and the relationship between domestic violence and pets

Applications to get $50 off your internet bill open

WANTED PHOTO: DNA leads to the identity of a suspect on the run, in a burglary of a home

Study: Houstonians are not getting enough sleep

May 12th Jersey Village job fair could put 300 to work THIS WEEK!