TULSA, Okla. — On August 16, Oklahoma twins Terence and Tiffany Crutcher celebrated their 40th birthday. Terence, a God-loving father who sang at church every week, had enrolled at a community college in Tulsa where he hoped to earn a degree.

He never was able to follow through on that promise.

On the night of Sept. 16, exactly one month later, Crutcher’s SUV broke down, according to his family.

After police responded to a 911 call about the vehicle, the 40-year-old black man found himself raising his hands high above his head. Moments later, Officer Betty Shelby fatally shot Crutcher. He was later found to be unarmed, according to authorities.

Now, as multiple investigations are underway, Crutcher’s sister has demanded prosecutors immediately press charges against Shelby. CNN’s efforts to reach out to an attorney for Shelby have been unsuccessful.

Sometime after 7:30 p.m. September 16, dispatchers received two 911 calls. The first call came from a woman who said an abandoned vehicle was blocking a road.

The woman also told the 911 operator that “the guy was running from [the vehicle]” after explaining to her it was going to “blow up.”

Shelby was headed to a domestic violence call when she arrived first at the scene of Crutcher’s stalled vehicle. Shelby told the dispatcher that “she’s not having cooperation” from Crutcher, according to Chief Jordan at a Monday news conference. The police chief declined to offer more information regarding the lack of cooperation Shelby faced.

When Shelby arrived, Crutcher was on the side of the road, away from his vehicle. He then approached Shelby, police said. 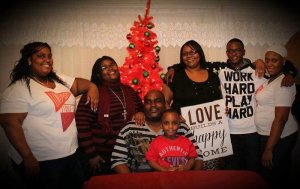 By the time Crutcher raised his hands, Tulsa Police officers were also flying above the scene in a helicopter, capturing the incident from an on-board camera. Footage from multiple police cameras show Crutcher walking toward his SUV in the middle of the road, hands raised, followed closely by Shelby and three other officers. They surround Crutcher, who continued to walk back to his car, where he appeared to place his hands toward the vehicle.

Circling above the scene, one police officer in the helicopter can be heard referring to Crutcher as a “bad dude,” according to audio from police footage.

Jeanne MacKenzie, Tulsa Police public information officer, said that the responding officers on the ground thought Crutcher had reached his hands into the driver’s side window of the vehicle.

Moments later, as Crutcher stands beside his car, the video shows him fall to the ground

“I think he may have just been Tasered,” an officer says over the radio.

In the video, Crutcher lies in the middle of the street, motionless, soon to be dead.

There was no gun

At a news conference Monday, Jordan struck a candid tone about the officer-involved shooting that left Crutcher dead.

“I’m going to tell you right here now: There was no gun on the suspect or in the suspect’s vehicle,” Jordan said.

He also confirmed that Shelby had fired one shot and Officer Tyler Turnbough had deployed his Taser.

Shelby is now on paid administrative leave, pending the outcome of a criminal investigation. According to the Tulsa World, Shelby, who is white, joined the force back in 2011.

In addition, both the US Department of Justice and state authorities have launched investigations into the officer-involved shooting.

Danny C. Williams, US Attorney of the Northern District of Oklahoma, said prosecutors will attempt to determine whether a federal civil rights violation had occurred. Authorities refused to immediately answer additional questions due to the ongoing investigation.

Jack Henderson, a Tulsa council member, said that authorities would get to the bottom of what happened Friday night. In the meantime, Henderson called for Tulsa “to remain a strong city, a together city” free of the violence and conflict seen in other cities across the US.

“We’ve already got two families’ lives who will be affected forever,” Henderson said. “We don’t need some more lives to be changed this way.”

Outside the Tulsa County Courthouse, approximately two-dozen protesters held signs and photos of Crutcher, shouting chants such as “hands up, don’t shoot!” As they walked around downtown Tulsa, they demanded further transparency as well as improved training for local police.

Pastor Mario Johnson, who said he watched the dashcam video before it was made public, believes Crutcher did not deserve to die.

“Him having his hands up, walking toward his car, he was walking away from the officers. He wasn’t posing a threat in any way,” Johnson said.

According to a Crutcher family attorney, Terence was just “having some difficulty with his vehicle and that’s it.”

At a news conference Monday, Tiffany Crutcher said it was clear to her that Terence died because of a Tulsa Police officer’s “negligence and incompetency and insensitivity.”

Now, she said, charges should be pressed in order to ensure justice is served. According to his sister, that’s the least that should happen given Crutcher won’t be able to make his family proud, like he hoped to do.

“And because he was a big bad dude,” she said referring back to the police helicopter tape, “he’ll never get that chance.”