(CNN) — #FreeMeekMill has been a big deal for quite a while, but this week, New England Patriots owner Robert Kraft added his voice to the chorus of famous names advocating for the rapper’s release from prison.

His endorsement of Meek has brought another wave of attention to the movement, and if you happen to be one of the people who don’t know who Meek Mill is or why his incarceration has become such a touch point, now’s the time to learn. 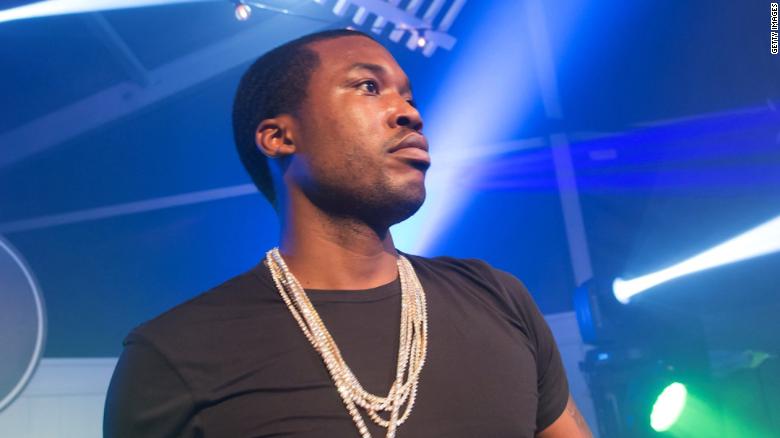 Who is Meek Mill?

Meek Mill (full name: Robert Rihmeek Williams) is a 30-year-old rapper from Philadelphia. He’s best known for his debut LP, ‘Dreams and Nightmares.’ He also made headlines for numerous artistic and personal feuds with other performers, most notably Canadian rapper Drake. He also had a long relationship with Nicki Minaj.

Why’s he in jail?

This is a complicated question. You know how in Les Miserables, Jean Valjean is sent to prison for stealing a loaf of bread, and ends up being there for 19 years because he tried to escape a few times and fought some guards, thus extending his incarceration and rendering it extremely disproportionate to the original crime? Meek’s supporters would kind of liken it to that.

In 2008, Meek was convicted on gun and drug charges after he was arrested for illegally carrying a gun while walking to a corner store. He was sentenced to several months in prison, and was released early with five years’ parole.

During those five years, Meek was convicted of several parole violations, most of which came when he failed to report his travel plans to the judge presiding over his case (he was actively working as an entertainer during those years).

In 2014, he went back to prison for five months for such a violation, after which his judge reinstated his probation.

Because of his extended probation, which if you recall was related to a crime he was convicted of nearly a decade ago, he was sentenced to two to four years in jail. He is currently an inmate at the State Correctional Institution in Chester, Pennsylvania.

Why are people upset about it?

His incarceration has garnered criticism from fellow artists, athletes, and racial justice activists. In their eyes, Meek’s case is more about comparative justice than it is about his actual sentence or criminal history.

It represents the intersection of several stress points related to race: Tolerance of police violence, mass incarceration and subjectivity in the criminal justice system.

For instance, after the Harvey Weinstein scandal broke earlier this year, people wondered aloud why Meek, who hadn’t been convicted of a serious crime since 2008, was behind bars when Weinstein, an alleged serial abuser with allegedly shady business practices, was allowed to continue his alleged shadiness behind the scenes for decades.

Other people brought up the case of Brock Turner, a Stanford University swimmer who served three months in jail after being convicted in 2016 of sexually assaulting an unconscious woman.

His case is also used as a rhetorical foil to the common occurrence of police officers avoiding criminal charges or convictions related to the shootings of black civilians.

On top of it all, there are some pieces of evidence that suggest his case — all nine years of it — hasn’t been handled properly.

In 2017, Mill’s attorney Joe Tacopina spoke to CNN and accused the judge who has overseen Mill’s case for years, of being “enamored” with the rapper and taking “a personal interest in the case.”

“(Meek’s) frustrated, really frustrated and knows he’s being treated different than anyone else,” Tacopina said in a phone interview. “If his name was John Smith, he wouldn’t be in jail and he certainly wouldn’t be on probation.”

There’s more. In early 2018, the police officer who arrested Meek in 2008, Reginald Graham, turned up on a “secret list” kept by the Philadelphia District Attorney’s office, which named police officers with poor or untrustworthy reputations.

An ex-colleague of Graham’s later testified, in a sworn affidavit, that Graham lied about the events that eventually led to Meek’s 2008 conviction.

In November, 2017, Jay-Z, who is very close to the rapper, penned an op-ed for the New York Times summing up the issues advocates have with Meek’s case.

“On the surface, this may look like the story of yet another criminal rapper who didn’t smarten up and is back where he started,” he wrote. “But consider this: Meek was around 19 when he was convicted on charges relating to drug and gun possession, and he served an eight-month sentence…Now he’s 30, so he has been on probation for basically his entire adult life. For about a decade, he’s been stalked by a system that considers the slightest infraction a justification for locking him back inside.”

What are people saying about it?

“[He’s an] amazing young man,” Kraft said at a news conference after his visit. “I know how I’d feel if I was in the situation he is. Every time I see him, I just come away more impressed. He’s very intelligent. And makes it clear to me we have to do something with criminal justice reform. 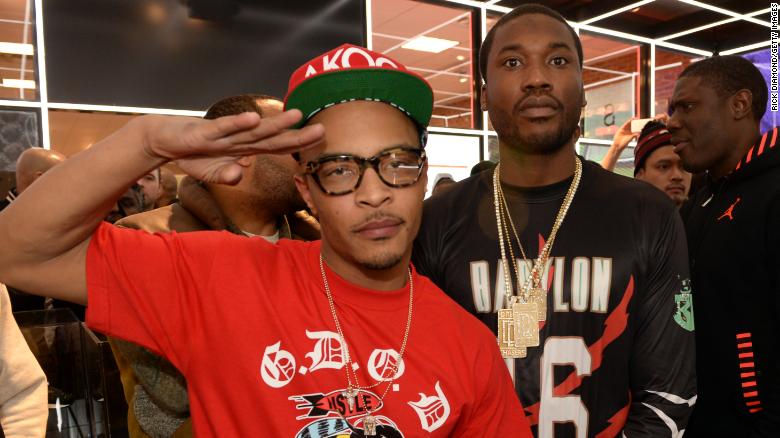 Kraft added that Meek “shouldn’t be [in prison].”

Here is what other artists, athletes and activists have said about Meek’s situation:

The Phildelphia Eagles showed solidarity for the hometown rapper during their bid for Super Bowl 52 when they repeatedly blasted his 2012 song “Dreams and Nightmares.”

Even Drake, one of Meek Mill’s most high-profile nemeses, has voiced his support. During a concert in Australia in November 2017, right after Meek’s sentence, he acknowledged someone in the audience who was wearing a “Free Meek Mill” shirt.

Meek has been very vocal about his situation and his desire for criminal justice reform. This week, Meek spoke with NBC’s Lester Holt from prison.

“I say don’t show me no pity because this is my life,” he told Holt. “This is what I’m going through and I think God put me in this position to be able to do a show with Lester Holt and open up eyes for other young black men.”

On April 16, advocates will rally at the Philadelphia Criminal Justice Center in a call for criminal justice reform.

WASHINGTON (NewsNation Now) — U.S. President Donald Trump tweeted Wednesday he has pardoned his former national security adviser Michael Flynn, who had pleaded guilty to lying to the FBI during an investigation into Russian meddling in the 2016 presidential election.

"It is my Great Honor to announce that General Michael T. Flynn has been granted a Full Pardon," Trump tweeted. "Congratulations to @GenFlynn and his wonderful family, I know you will now have a truly fantastic Thanksgiving!"

CHICAGO (NewsNation Now) — Nurses across the country fighting on the frontlines of the COVID-19 pandemic are getting a special tribute this Thanksgiving.

Celine Dion, Stevie Wonder, Gloria Estefan and the Black Eyed Peas are among a number of celebrities who will perform Thursday night in a virtual concert.

WASHINGTON (NEXSTAR) -- If you're hoping the arrival of a coronavirus vaccine means you'll be able to put away your mask, the experts warn we're not to that finish line quiet yet.

It could take several months — probably well into 2021 — before things get back to something close to normal in the U.S. and Americans can once again go to the movies, cheer at an NBA game or give Grandma a hug.