HOUSTON — A local motorcyclist is in serious condition after crashing into a retaining wall Monday morning in northwest Houston.

The rider was exiting the North Loop at Highway 290 at 2:45 a.m. when he slammed on his brakes in an effort to avoid a slower-moving vehicle, according to investigators. The motorcycle crashed into a retaining wall and the rider was thrown from the bike. He reportedly went over the wall and landed on the other side.

The victim was taken to the hospital when first responders arrived.

The crash is still under investigation. 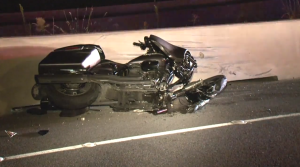 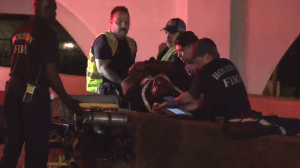 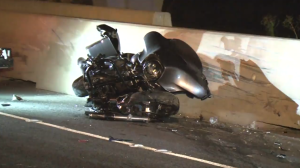 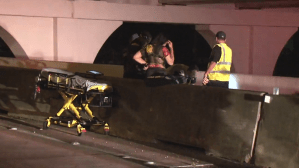 The Nexstar Media Group debate between M.J. Hegar and Texas State Sen. Royce West began at 6 p.m. at the KXAN studios in Austin. It was their only scheduled face-to-face meeting ahead of the July 14 runoff election, and the topics they discussed ranged from police brutality and protests, to coronavirus response, decriminalization of marijuana and fracking.

With the rise of social distancing, here is a family friendly & fun way to get out the house while feeling safe. Shannon LaNier drove 30 mins outside Houston to the Showboat Drive-In Theater which is open for business.

Panelists discussed ways to engage with black voters across the state, especially in light of the recent protests across the country calling for criminal justice reform, and so much more.