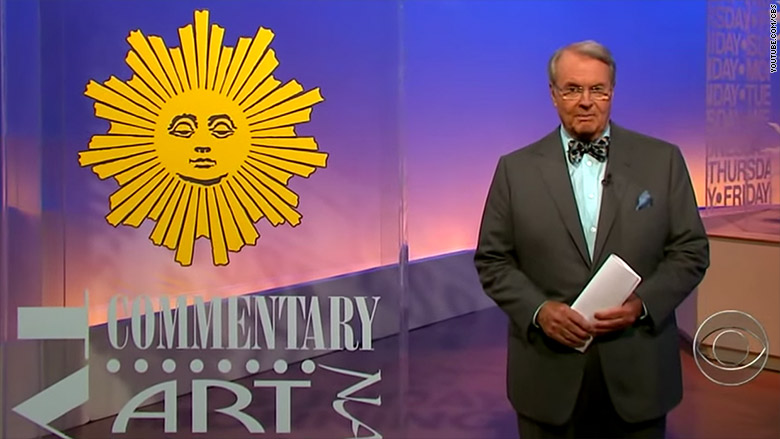 NEW YORK — Sunday mornings will not be the same.

Legendary newsman Charles Osgood is stepping down from “CBS Sunday Morning,” the weekly magazine program he has helmed for the past 22 years. His final day as host will be September 25.

Sources said earlier this year that Osgood was contemplating retirement.

“I’m here to tell you that the rumors are true,” he said at the end of Sunday’s show.

“CBS Sunday Morning” is far and away the highest-rated Sunday morning news program on TV — and it has been growing at a time when many other shows have been shrinking.

On Sunday morning Osgood thanked the viewers and said “the time has come” for him to say farewell. 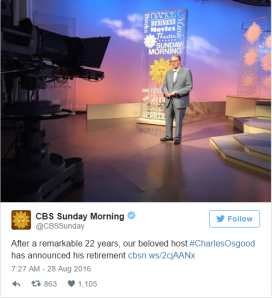 The Sept. 25 broadcast of “CBS Sunday Morning” will be a “special edition” dedicated to Osgood’s career, the network said.

The show’s longtime executive producer, Rand Morrison, said in a statement, “Working with him truly has been an honor, a privilege and a joy. We look forward to paying tribute to him and his legendary career in September — and, of course, seeing him on the radio.”

Osgood’s contract was set to expire in December.

CBS made no immediate announcement about a successor. But Jane Pauley, a contributor to the magazine program, is seen as the most likely contender.

David Rhodes, the news division president, said Sunday morning that Osgood’s “impeccable commitment to quality inspires all of us at CBS News.”

FOR VIDEO PAGE ONLY

For video page only

“for video page only”

Obama steps out as nation confronts confluence of crises