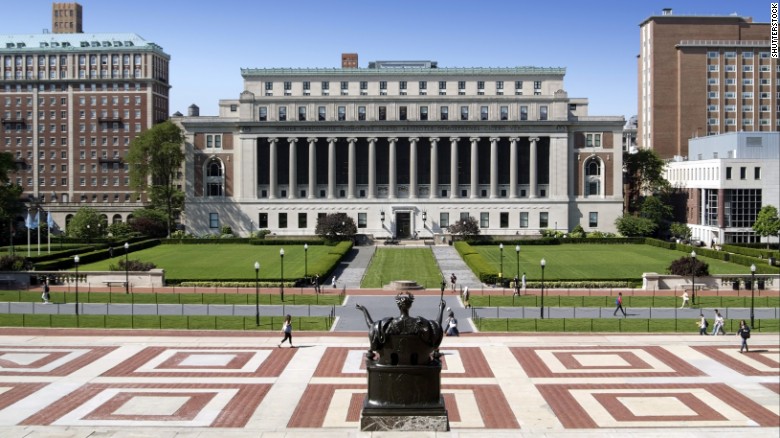 (CNN) — Columbia University has suspended members of its wrestling team after a school investigation found they sent lewd and racist group messages and texts.

The entire wrestling program was put on hold earlier this week as the university conducted the inquiry.

“Those responsible for the offensive statements in the group chat have lost the privilege to represent Columbia University in intercollegiate athletics competition,” the school said in a statement on its website.

The messages included alleged homophobic and racial slurs as well as crude sexual comments about women. Screen grabs of the alleged messages were published last week on Bwog.com, an independent student-run campus website. According to the site, some of the messages are recent and others go back as far as 2014.

Thursday, Bwog posted a letter of apology from the team, addressed to “the Columbia community.”

“All of us apologize, without reservation or condition, to all members of the Columbia community for the creation and dissemination of the inappropriate, vulgar and hurtful text messages which have affected so many members of our community and the overall University,” the team wrote.

The letter continued: “There is no excuse for this behavior. All of us have gained an entirely new perspective on how hurtful the comments made by members of our team truly are. These messages are not just words or playful jokes between teammates. This has been a wake-up call for our team. A culture change was obviously needed — and, rest assured, it will take place.”

The student-athletes suspended from the team were part of a “distinct group” within the team, Columbia said.

Some team members were suspended through the rest of the season and 2016-17 academic year; others until the beginning of the spring 2017 semester.

Members of the team who were found to be uninvolved in the group messaging will be allowed to compete, including at this weekend’s state championship, the school said.

The team will work in the future with the executive director of Athlete Ally, which advocates against LGBT discrimination in sports, the school said.

“We sincerely hope these disciplinary actions and ongoing commitments will help Columbia wrestling and all of Columbia’s athletics programs set an example that makes our University proud,” the school wrote in the statement.

The “scouting report” evaluated freshmen female soccer players on their looks and sex appeal with numerical scores and offensive descriptions, according to a Harvard Crimson report about the discovery of such a document from 2012.

The report prompted a university investigation, which found that the practice was “widespread across the team” and continued into the 2016 season, Harvard Athletics Director Bob Scalise said in an email to student athletes.

Harvard was scheduled to play two more regular season games. It also forfeited any opportunity to vie for the Ivy League championship or to compete in the NCAA tournament.

“We are beyond disappointed that our season has ended in this way, but we respect the decision made by our administration,” Harvard men’s soccer coach Pieter Lehrer said. “Actions have consequences, and character counts. We accept responsibility for our actions, and I know that we will use the experience of this terribly unfortunate situation to be better.”

All Florida school districts must reopen campuses next month, Dept. of Education says