(CNN) — Laura James, 47, is a successful journalist and author. She’s a wife to Tim and mother to four adult children. She likes fashion, cats and writing. She’s eloquent and quick-witted.

She also has autism.

She was surprised when the idea was first suggested to her back in 2015 by a friendly nurse during a hospital stay in London.

Laura was undergoing tests for Ehlers-Danlos Syndrome, a rare connective tissue disorder, and returned to her hospital room exhausted, hoping to find the air conditioning on, a tuna sandwich on the table and some peace and quiet.

Instead, the room was stifling, the food was absent and a child was screaming nearby.

“I just had an overwhelming meltdown … a proper explosive meltdown,” she said. The nurse who was with Laura took her to a quieter, cooler room, Laura recalled. “She said, ‘don’t worry, we see a lot of autistic people here.’

“I just assumed she was muddling me up with another patient,” Laura explained, half-smiling at the recollection.

But then she started reading about autism online. “I got to some traits of girls with autism and it was just like, ‘Oh my God, that’s so me.’

“I had never thought about autism, ever ever ever,” she said emphatically. “I thought that autism was ‘Rain Man,’ I thought it was boys… All of the stereotypes I absolutely believed because there’s nothing else out there to dissuade someone.”

Misdiagnosed from an early age

Autistic spectrum disorders (ASD) are about 4.5 times more common in boys than in girls, according to one study. Other studies of autism around the world consistently show much higher rates of diagnosis for males than females.

But not everyone is convinced that these numbers reflect reality. There are now countless studies that cast doubt on the gender ratios associated with ASD. There is also compelling evidence of generations of lost girls and women, struggling to cope with being different to those around them, who were (or are) undiagnosed, misdiagnosed or diagnosed far later in life than their male counterparts.

A 2012 study by the UK’s National Autistic Society (NAS) found that only 8% of girls with Asperger syndrome (now known as high-functioning autism) were diagnosed before they were age 6, compared to 25% of boys, with earlier studies conducted in the US in 2009 and 2010 finding similar trends.

It’s something that Carol Povey, director of the Centre for Autism at the NAS, is deeply concerned about. “In the old days we always thought that autism was very much a male condition,” she said. “What we are now starting to realize is that it’s not quite as simple as that, and that there are — and always have been — girls and women who are on the autism spectrum, but they present differently.

“Those girls and women often struggle for many years, and there is a higher likelihood of a misdiagnosis,” she said.

Laura was misdiagnosed several times. Her childhood doctor was convinced that she had an eating disorder. She was misdiagnosed with hyperventilation syndrome in her early twenties. And several doctors suggested she may have generalized anxiety disorder.

Laura’s eating problems and anxiety were signs of her autism but were misinterpreted for more than four decades. Hyper-focus, a common trait in people with autism that allows them to focus intensely on one thing for a long period of time, meant she often forgot — and still often forgets — to eat. Her sensory issues and Ehlers-Danlos syndrome also made it unbearable to eat particular foods.

Most of the anxiety Laura experiences is linked with her autism and it began early in life. “I distinctly remember as a child feeling different and behaving differently to other girls. I simply remember thinking that everybody else seemed to kind of get it. Everyone else seemed to know what to do and how to do it, like there was an instruction manual that I’d lost and they all had.” 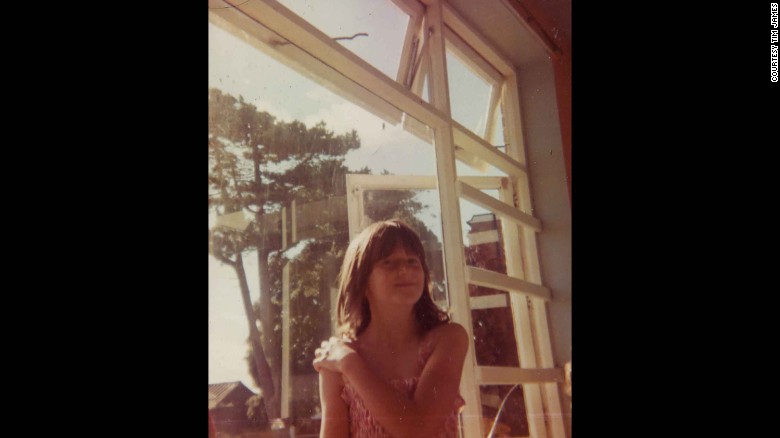 Sensory issues were, and still are, a big problem. “If there was a label that rubbed in my clothes or sock seams, or (if I was made to eat) food I didn’t want to eat, then I would really melt down. And my meltdowns were so extreme that I would hold my breath until I passed out.”

Her family doctor was dismissive. “She’s just being naughty,” he told her parents, “Just give her a slap.”

Problems with social communication and sensory issues are typical signs of autism, so why was the possibility never raised?

“The words ‘masking’ and ‘camouflaging’ are often used to describe (autistic) girls and women,” Povey explained. These girls will often notice who in their class “looks like they are doing the best in the classroom, which girl looks like they are succeeding the most. Then often those autistic girls copy what they see.”

Laura remembers doing just that. She’s also convinced that social conditioning is a big factor in the differences between boys and girls with autism. “Boys are allowed to be louder and more confrontational, more challenging, whereas girls are taught to be nice, quiet and polite.” Girls are more likely to internalize their difficulties, she thinks, which then go unnoticed.

Povey agreed. “Those same difficulties that the boys were experiencing … the girls may internalize far more.”

Crucially, this means unknown numbers of girls and women struggling with autism may be diagnosed late or not at all. “What we’re often seeing is clinicians who don’t recognize the presentation in girls,” Povey said. Clinicians need the “skills to be able to phrase the questions right … You have to be able to get underneath the masking to be able to understand if the girl really does get what goes on around her.”

The stereotype of autism as a male condition lingers. “I still hear of parents who are told by their doctor that girls don’t have autism,” said Povey.

Studies that look at the role of neurology or testosterone, or the possibility of female resistance to mutations, in the development of autism are still being published and give credence to the idea that the condition is more prevalent in males.

But researchers are often aware that this ratio may simply be wrong. Christine Ecker, professor of neuroscience at the Goethe University in Frankfurt and lead author of a study that showed how people with “male characteristic brains” are more likely to develop autism, avoids calling autism a “male condition.”

“I think as soon as we change (diagnostic) tools, maybe adapt them to … the girls’ symptoms, that we will find more (autistic girls),” Ecker said.

For Laura, diagnosis was a mixed blessing. “The moment of walking out was brilliant — I’ve got an answer — but then it gets harder before it gets easier,” she said.

Reflecting on how she now sees herself, she said, “I think of myself as autistic, I don’t like ‘with autism.’ The reason I don’t like it is because it’s not something that’s ever going to go away … Being autistic shapes pretty much everything in my life, in the way that, for me, being female does as well, or being a mother does.”

After being diagnosed, she looked online for high-profile autistic women who she could relate to. She only found Temple Grandin, “who is awesome, amazing, but couldn’t be more different from me.”

And although many people were supportive, reactions to the diagnosis from friends and acquaintances were often conditioned by the same stereotypes that Laura herself believed until recently. “People look at very outward things. I care about clothes and fashion … and I think people think that autistic women shouldn’t be like that.”

So she started writing — at first articles and now a book — about her experiences as an autistic woman. “Odd Girl Out” is being published this month.

But she’s keen to emphasize that “my experience is one experience … all autistic people are different.”

Autism affects everything in Laura’s life — from what she wears, when and what she eats and how she travels, to her social life and emotions. But there are positives too. She’s very logical and can spot future trends and patterns. “It makes me good at my job,” she said, “and I think it makes me good at motherhood. If there’s a problem … I don’t react emotionally, I react more logically,” she explained.

“I don’t think inherently it’s either good or bad. It’s like having brown eyes,” she said. “It’s not a tragedy, it’s not a disaster. We are different, we are not less.”

Diagnosis changed her life. “Everything made sense,” she said. “You know that bit at the end of the Bruce Willis movie ‘The Sixth Sense,’ when he realizes he’s dead and he goes and plays all those scenes in his mind and it becomes obvious? I think getting a late diagnosis is like that. Suddenly, you think, that’s why I did that, or that’s why that happened … I felt different and I didn’t know why. Now I know why and it’s very reassuring.”

She reflects on how her life would have been different if she had never met that nurse or if her tuna sandwich had arrived on time.

EWG Study: Texas water is most radioactive in the nation!