HOUSTON, Texas (KIAH) — Tropical Storm Pamela is rapidly strengthening in the Eastern Pacific and is expected to reach hurricane force sustained wind speeds over the next 24 hours. Major hurricane status is forecasted for Wednesday as the storm makes landfall along the west central coast of Mexico’s mainland.

As early as Tuesday night, Pamela will be passing just south out of the Baja Peninsula as a major hurricane. A tropical storm watch is currently in effect for this area. A hurricane watch is in effect for the west central coast of Mexico.

Once landfall occurs, life threatening flooding and the threat of landslides will be present.

The tropical moisture from Pamela will be interacting with a cold front passing through late week. This interaction will be amplifying our rain chances here in Texas Thursday and Friday.

Thank you for visiting CW39.com. Every weekday morning, join us for NO WAIT WEATHER + TRAFFIC from 6-10AM. Plus, “Houston Happens” every morning at 9:30AM.

Latest videos, No Wait Weather, NO WAIT TRAFFIC, and news. 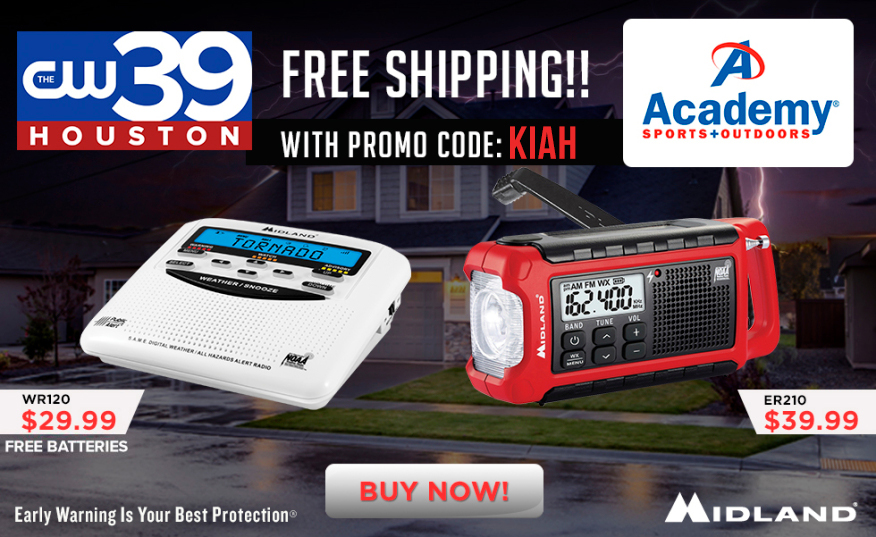